IRANIAN EXPECT THE SUPPORT OF THE INTERNATIONAL OLYMPIC COMMITTEE 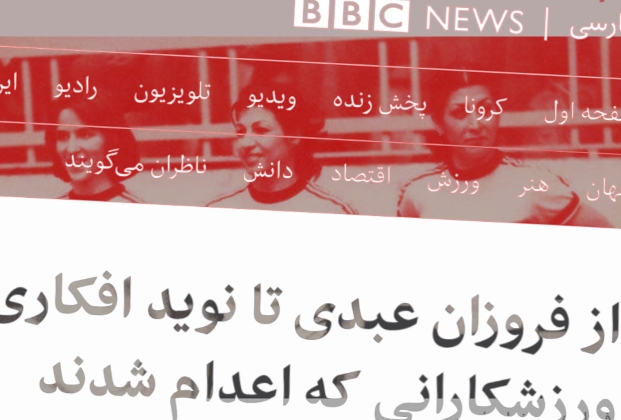 Iranians Expect the Support of the International Olympic Committee
The number of systematic execution of sports athletes who have opposed the Iranian regime does not stop with Navid Afkari. The filtering system in Iran’s sports not only targets the non-Shiite athletes but also those Shiite fellow citizens who defy the policies of the Islamic republic must not be active in Iranian sports.

The execution of Navid Afkari once again has brought forth the issue of boycotting Iran’s sports. Many believe that the International Olympic Committee should think of a way to protect the human rights of Iranian athletes similar to that of the Russian sports so that the Iranian athletes from every faith and religion could safely and easily participate in the Olympic Games under the IOC flag.

Thomas Bach the president of the International Olympic Committee in a radical stance, described the execution of Navid Afkari as “very bitter news” and expressed sympathy with Navid’s family and friends. He wrote letters to Iran’s leader and president to plead for his pardon and expressed his deep sadness that the pleads of athletes around the world and members of the IOC to prevent the execution of Navid Afkari produced no results.” Also, the United World Wrestling (UWW) in a milder stance compared to others, called news of Navid Afkari’s execution as “destructive”.

Alexander Medved, the Russian wrestler and world winner of ten gold medals in a reaction to the issuance of execution sentence for Navid Afkari stated: “In the world no one has the right to take away another one’s life. Life must be valued. Life is the most important phenomenon.” He had added that if this young man is spared, he can earn more medals for his country.

Navid Afkari was not the first political athlete that fell victim to execution. Other athletes too in the first decade of the ruling of the Islamic regime were executed in Iran’s prisons but news of their death were shadowed by the then lack of awareness and silence of the public opinion. Many of them were buried in mass graves. Their names have been mentioned in Iraj Mesdaghi’s research and writings.

Habib Khabiri was one of the executed political athletes. A defender in Homa club and Iran National Football Team in the years 1977 to 1979, he had played in the football fields 18 times with the national team’s shirt and had two goals in his records. He had also scored the winning goal in the final match of the Asian Youths Football games in 1975. Habib Khabiri was arrested in 1981 and released shortly after. In 1983 he was arrested on charge of membership in one of the Iranian political organizations opposed to the regime and was executed one year later. Not much information is available on his court hearings.

Mahshid Razaghi, another victim, was a footballer of women’s national Olympic team and member of Homa Football club from 1977 to 1979. On December 13, 1980 she was arrested and sentenced to one year in prison for selling anti-government newspapers, however, she was not released after the end of her term but kept in suspense for 8 years in political prisons. She was innocently executed in 1988.

Forouzan Abdi, a member of Pas team and captain of women’s national volleyball team, was sentenced to five years in prison in 1981 at age 23 on charge of supporting the political parties opposing the Iranian regime. According to Monireh Baradaran, a political activist against Iran’s Islamic regime, Forouzan Abdi was kept in solitary confinement in Gohardasht prison for over a year as punishment. Despite ending her five-year imprisonment, she was not released in 1986 but hanged in the summer of 1988 in Evin Prison. Forouzan Abdi’s name has been mentioned in Reynaldo Galindo Pohl’s report, the United Nation’s Special Rapporteur of the Commission of Human Rights (November 2, 1989).

Houshang Montazer Al-Zohour, a wrestling champion and member of Iran National team in Melbourne Olympic Games is yet another victim of the Islamic Republic of Iran’s executions. A champion in Yazd Championship League in 90 Kilogram category, he was arrested in his house in Isfahan in 1981 and was executed by the firing squad in September of the same year together with Ahmad Shaterzadeh, the wrestling champion of Isfahan high schools. The Islamic Republic newspaper published the news of his execution together with 65 others in October
of 1981.

The list of executed athletes in the 42 years of Islamic Republic rule does not end with these names. There were other athletes who were also executed in Iran’s prisons concurrently with these killings.

Special thanks to Mehdi Shabani for his comprehensive report, broadcast on BBC Persian.