Home > Interviews > HOW MUCH DO WE KNOW ABOUT DOPING?

HOW MUCH DO WE KNOW ABOUT DOPING? 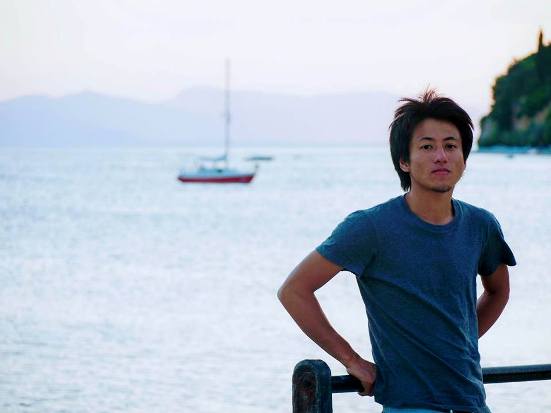 Doping is the use of administered drugs to enhance athletic performance during sports, in particular by professional athletes. Unfortunately, doping has played no small part in the recent history of sports. From what we know, in Russia, doping is systematic by nature. It is also very systematic in sports institutions, including those of Weight lifting, Wrestling, Judo and Cycling.

In this interview, we are sitting in a table with Mr Tony Chung, pharmaceutical scientist who recently graduated from UCL.

Mr Chung, Many thanks for coming here and speaking with Sportsemic.

I would like to begin by asking: What is doping and what are its effects on the human body?

Hello. From my understanding, doping is the use of a chemical to enhance the performance in sport, which can be physical or psychological ability. Doping is considered to be unethical. Therefore it has been prohibited in most sports organizations. The use of drugs to enhance sports performance has no doubt directly affect the health of the athlete. I can briefly talk about some common drugs used in sports doping.

The drug people heard the most would be anabolic-androgenic steroid(AAS), it is an essential hormone made by our body naturally to help our growth, it works by activating our genes to promote growth. Testosterone is an example of AAS, it promotes growth, function, and maintenance of muscle, also decrease subcutaneous fat, it has a great therapeutic value to be used in hypogonadism and breast cancer. However, the properties AAS also makes it a perfect active pharmaceutical ingredient to gain an unfair physical advantage in sports competition. Nandrolone is an example of AAS used by athlete and bodybuilder, which banned at Olympics at 1974, there are many cases of doping using Nandrolone; One example is a former world champion boxer, Mia St. John. The detection of Nandrolone is by testing present of 19-norandrosterone in urine. Another way of doping called indirect doping, this method prolonging the action of endogenous AAS by inhibiting the breakdown by enzymes. The side effect of AAS includes masculinization and cardiovascular damage. Hence, many AAS users suffer from heart disease.

The second type of drug commonly used in doping is stimulant. You might able to tell by the name, stimulant actives our central nervous system(CNS), to reduce tiredness and increase concentration. Substance such as methylphenidate,dextroamphetamine and lisdexamfetamine(prodrug of dextroamphetamine) commonly used in treatment for ADHD are examples of stimulants prohibited by IOC. Caffeine, which can be found in a daily beverage such as coffee and tea, is also an example of stimulant. Before 2004, caffeine was listed as a banned substance by international olympic committee; in 1972 summer olympics, Bakaava Buidaa had his judo silver medal taken off after he tested positive for caffeine. Today, coffee is allowed within certain limit, caffeine is listed under “highly monitored substance” for athletics.

Diuretics, a drug used in hypertension. It works by removing excessive water via the kidney to decrease total volume of blood. Beside the therapeutic use, it is commonly used in weight related sport to decrease weight rapidly before weigh-in. There were cases of taekwondo athlete disqualified by IOC after failing doping test in youth olympics in china.

Also, Tony, could you explain to us the difference between energy medication and doping drugs?

This question is a tricky one. As previously mentioned, the line between energy substance and doping drug is not very clear for me. As an athlete, a good diet plan is essential for me. It helps me to train as my best ability and reduce injury. Supplement makes a small and valuable contribution to the quality of training and performance, especially in elite athlete. However, I often confused by the chemicals listed in the supplements, and not sure if it will considered to be doping drug. Back to the example of caffeine, an extremely common chemical in daily life which athlete needs to be very careful of not to pass the limit.

Why do you think doping should be forbidden in sports?

We all started in a sport because we like it. We enjoy the sport. We want to improve our-self. Sadly a lot of elite athletes and coaches are under huge pressure by funding bodies and government, which make this a reason why doping is so common for elite athletes. Such artificial enhancements to gain advantage over other people is considered to be cheating and unethical. Doping is not only harmful to the athletes themselves, it is also toxic to the whole sporting environment. People trying to develop newer drug for doping which cannot be detected, slowly, such resources should be put on training for athletes instead, competition should be about how good are the athletes which include training method, diet, natural physical and mental ability, and education, but not “how good are the drug” or “ how good the can pass the drug test” . As part of the sport environment, we all have the responsibility to make sure we have a sustainable sporting environment to allow development of new training methods, sport related researches; to attract newer generation to experience the joy of sport by providing a healthy image.

I would also like to know if you personally believe that doping is harmful to the human body. If yes, what scientific evidence can you give us?

There is absolutely no doubt that doping is harmful to the human body. All drugs have side effects, some are more serious when used incorrectly or without monitoring. Even for drugs like paracetamol, a relatively safe painkiller you can buy from post office or supermarket without a prescription, there were many fatal cases of paracetamol overdosing. The side effect of anabolic steroid misuse is very well documented in different literatures. I have mentioned a few side effects earlier in the interview, more information can be found under NHS website. I will list a few articles of after the interviews for you reference.

3.Cardiomyopathy induced by performance enhancing drugs in a competitive bodybuilder.

You are a Goju Ryu karate athlete. Some reports on the systematic doping of Turkish karate athletes were published in the past. Do you have any message for the karate community?

First of all, I have to emphasise that I do not speak for any style of Karate, I am just speaking for myself as a person learning karate with very basic knowledge of pharmacology. Everything I say is going to be my personal opinion.

Karate or Karate-do if you prefer, is a part of life for me, as a person born and raised from a martial art background family. I have always been told that martial art or “do” in japanese, is more than glory, more than competition. It is an extremely slow process to understand your true-self. Using chemical enhancer might speed up the duration to a short term goal, but, considering the long term effect of drug, you really have to ask yourself, “is it the reason you have started a martial art”.

Secondly, like many Japanese martial art, some people consider karate-do as a “Bushido”, or samurai. It is a spirit we follow as a warrior, which is also a foundation of many eastern society In bushido, honesty and respect are two of the eight very important virtues.We follow that not only in dojo, but also in daily life. With this mindset, I believe it can shape you into a better person. With that spirit in you mind, I do not think doping will happen in any martial artists. It is very sad to hear doping is happening and getting more popular in karate society.

I have no right to stop people or judge anyone on doing something they think that are correct. For me, there are some fundamental spirits every karateka should follow, the fundamental spirit makes karate, karate. Without the spirit, we are not more than a group of people punching and kicking on tatami. Doping or cheating is just not one of the spirits, no matters in a budo or sport point of views.

Thanks Tony for talking with SportsEmic