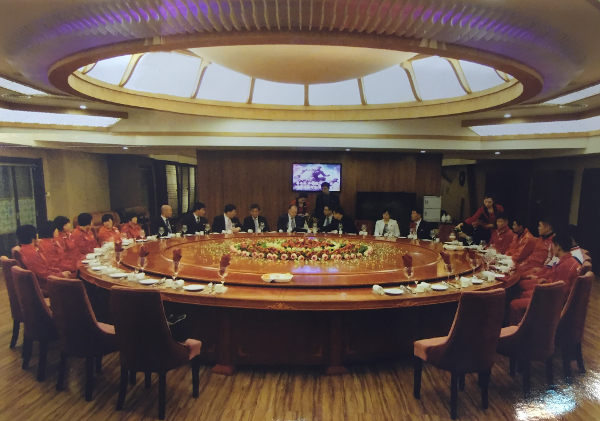 picture from IJF – official dinner with officials and athletes

The president of the International Judo Federation (IJF) has visited Pyongyang to discuss the North Korean bid to host the 2017 Junior World Judo Championships. Marius Vizer spoke with the Minister of Sport and National Olympic Committee in the capital, along with the national judo federation and their talented team, featuring London Olympic gold-winner An Kum Ae.

The country’s first-class sports facilities were showcased, and the logistics were discussed with the IJF. The North Korean government has sent a letter to the IJF explaining that visas would be given to all participating nations, and there is also the possibility of flights to and from Beijing for all athletes and officials.

The next IJF Executive Committee meeting, just prior to the 2016 Rio Games, will reach a final decision; if the North Korean bid is successful, judo would become one of the first Olympic sports to hold an international championship in North Korea.