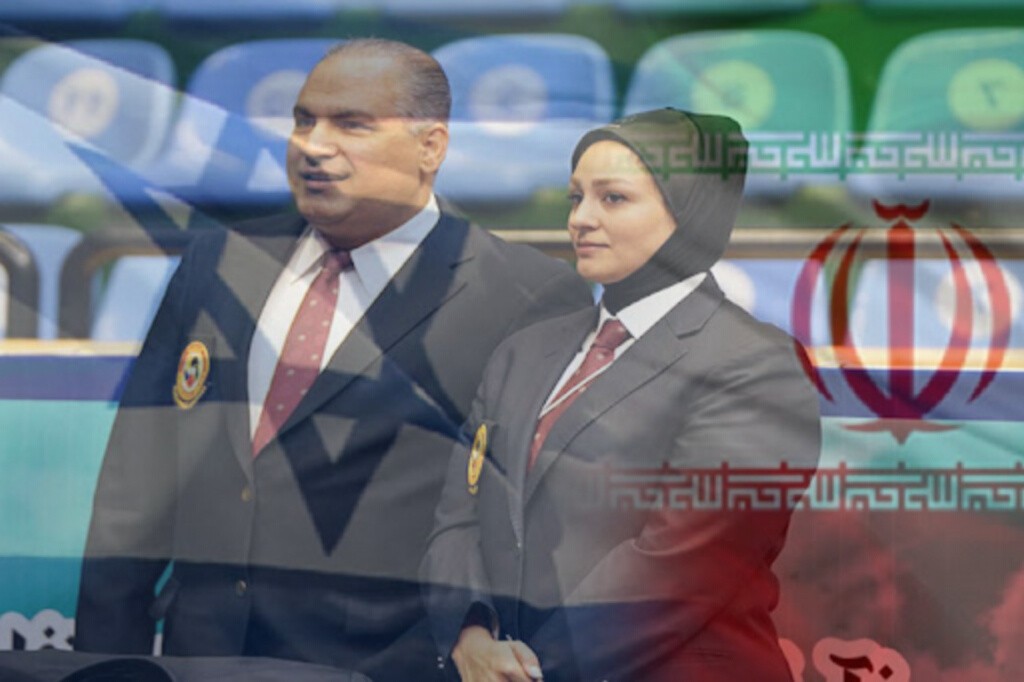 The issue of Iranian athletes competing against Israelis, though related to the ideological roots of the governing regime in Iran, has drawn less attention from other international federations and even the IOC, except for the IJF that has banned Iran from participating in all world judo tournaments for four years.

Elmira Gozalzadeh, Javad Salimi’s wife who refereed the Israeli Ronen Gehtbarg’s match in the Tokyo 2020 WKF Qualification Tournament in Paris, faced a wave of attacks by Iranian government media after returning to Iran, which eventually led to the dismissal of herself and her husband, Javad Salimi. A source in Iran while confirming this news and increased pressures on Javad Salimi who was the chief referee of Iran karate federation, also told Sportsemic:

“Amir Mehdizadeh’s objection letters against Javad Salimi or his personal photos was a mere coordinated scenario not to relate Javad Salimi’s dismissal to his wife’s refereeing a match that involved an Israeli athlete and to prevent the risk of suspension for Iran’s karate.”

Amir Mehdizadeh, an Iranian karate medalist had posted a letter on his Instagram page addressed to the president of world karate federation, in which he accused Javad Salimi of unfair judgements. The claim of course, was completely rejected by Iran Karate Federation after specialized reviews of tournament footage. 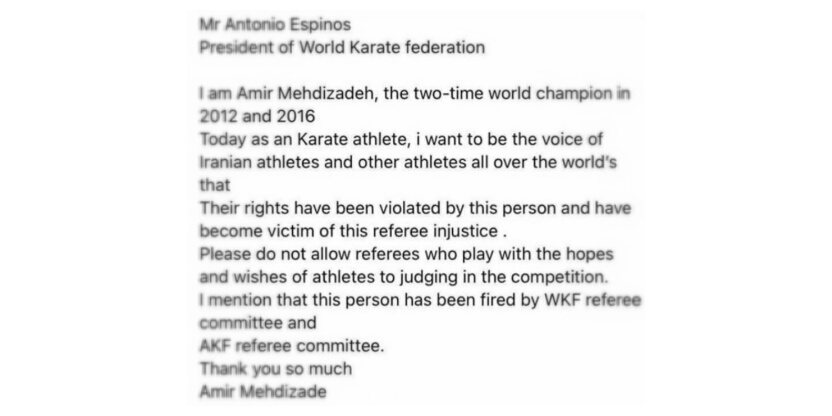 Amir Mehdizadeh in 2016 dedicated his WKF world gold medal to the Islamic Republic’s leader. He is considered among the supporters of the Iranian regime and had appeared on Iranian national television as a sports commentator for the 2020 Olympic games. His report on the +75kg match between Ganjzadeh and Brian Irr provoked many reactions by athletes. In his report he mentioned that the punch Brian Irr received from Ganjzadeh was a punch from the people of Iran on the face of America.