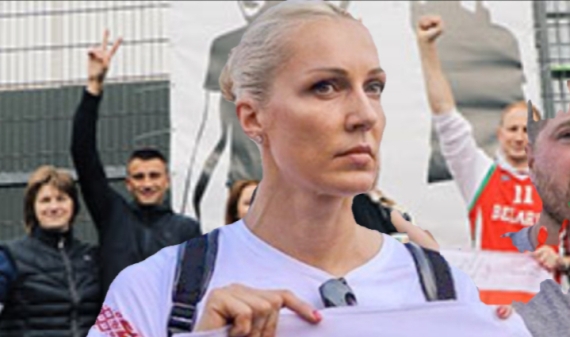 Belarusian professional women’s basketball player Yelena Leuchanka, who was planning to leave Belarus for medical treatment, was arrested on 30 September at Minsk National Airport by authorities and sentenced to 15 days in jail.

Her arrest occurred as a result of charges of violating regulations on organising and attending large gatherings. In particular, Leuchanka had spoken openly against police violence towards civilians and often took part in the Belarusian protests against the president of Belarus, Alexander Lukashenko, who was reelected for his sixth presidential term on 9 August.

In response to Lukashenko’s reelection, an open letter signed by Leuchanka and almost 700 other athletes was issued, especially demanding the release and rehabilitation of all detained civilians and political dissidents, as well as retribution against members of the authorities who took part in the exertion of violence and abuse on detainees.

The athletes also formed an independent movement named SOS BY (also known as the Free Association of Belarusian Athletes), and continued to take part in protests against the Belarusian government, several instances of which were broadcast to the movement’s dedicated Instagram page. In particular, following Leuchanka’s arrest, many protesters marched while wearing masks with her face printed on them and held a banner reading “#FREELEUCHANKA”, demanding her release.