Home > News > AN INNOCENT WRESTLER ON THE VERGE OF EXECUTION

AN INNOCENT WRESTLER ON THE VERGE OF EXECUTION 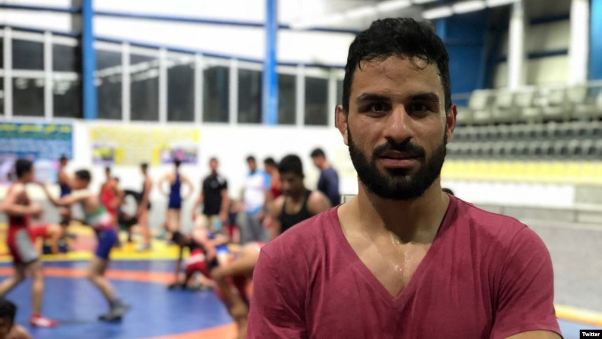 Bahieh Namjoo, mother of Navid, Vahid and Habib Afkari, three of the anti- government protesters has said in a video message that security agents broke into her house without a judiciary warrant and arrested two of his sons Navid and Vahid at midnight.

She also added that after some time security agents arrested her son in law and husband as well and three months later, his third son Habib. The mother of the Afkari brothers continued to say that her son Vahid has been under so much physical and mental duress that he attempted to commit suicide for three times. According to the mother, Vahid was brutally tortured to the point to confess against his brother, Navid.

Navid Afkari a wrestling champion in the youth age group and a former member of the Iranian National Wrestling team has been imprisoned on charge of protesting against the policies of the Islamic Republic. He was sentenced to death in a court in Shiraz and this is while Navid like many prisoners, arrested in opposition to Iran’s Islamic regime, is deprived of having a lawyer.

The Iranian regime since coming on to power has always eliminated its opponents by accusations such as spying, espionage and murder.