AN OPEN LETTER BY GWEN BERRY 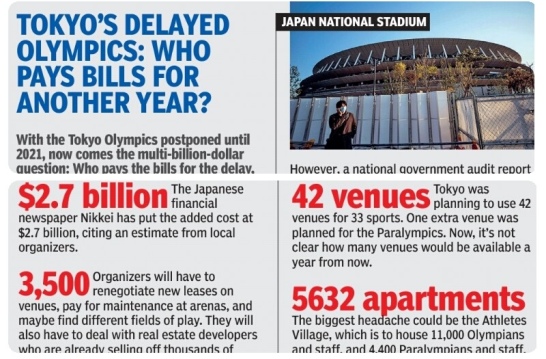 8 June 2020: In the wake of the tragic killing of George Floyd, along with others who have died at the hands of the Police, I have been asked by many reporters, over the last week, for my for my opinion on the relationship between protests, sport, the Olympics and the role that athletes can play in advocacy for civil rights. The 280 character limit of twitter and space on Social Media platforms does not always work well to fully cover the issues. So, I thought I’d discuss some of my thoughts and opinions in this open letter.

Politics and the Tokyo Olympics – What’s the Cost ?

Despite the efforts of the International Olympic Committee (IOC) to convince us otherwise, the idea that sport and politics can be separated, is absurd. Let’s be real, it is impossible to bid for or host an Olympics without Government and public funds being provided. These funds are at the expense of other social programs like health and education. Spending of public funds, in democratic countries is, by definition, a political decision.

ESPN reported this week that IOC Operations had commenced an “open discussion” with insurance brokers with the aim “to try and find the right level of compensation to help us bear the cost of having to wait another year”. Costs for organizers in Japan are expected to reach billions of dollars, with most of the bill paid for by taxpayers. The retention of the Olympic Village for another year was “problem No. 1.” Around 25% of the apartments have been pre-sold to people who had planned to move in after the Olympics are over, and those buyers are set to receive some compensation for having to wait an extra year before taking possession.

ESPN also reported, like many countries, Japan is headed into a recession brought on by the coronavirus pandemic meaning Olympic costs have soared. The cost of the delay in Japan has been estimated at $2 billion to $6 billion and neither the IOC nor organizers have given a figure for the costs to Japan, or who will pay for them. Before the postponement, organizers said they were spending $12.6 billion to put on the games. But a government audit last year said the figure was twice that, and all but $5.6 billion is public money.

The Olympics – Is it Sport or Entertainment?

According to the International Olympic Committee, their mission is “to promote Olympism throughout the world and to lead the Olympic Movement. This includes upholding ethics in sports, encouraging participation in sports, ensuring the Olympic Games take place on a regular period, protecting the Olympic Movement, and encouraging and supporting the development of sport.” That’s a fine charter, but of course a significant issue, to meeting their objectives, is who pays?? The billions of dollars we’re talking about comes through government funding, “partnerships” and sponsors.

The largest “partners” are the broadcast partners who are in the sports and entertainment business. The remainder of sponsors are corporations who have choices as to where they spend their sponsorship money, as they have an obligation to their shareholders to get a return on their investment. Note that another key point is that the IOC and USOPC are classified as “not for profit” entities so they need to be careful about how they manage their “business” so as not to impact their tax free status.

The USOPC unlike other major national Olympic committees, does not receive any direct government funding. The New York Times reported they struck a “Revenue Sharing “deal in 2012, the details of which were never exactly clear but, based on an open-ended contract from 1996, the United States was receiving 12.75 percent of United States broadcasting deals — a large sum, considering in 2011 NBC paid $4.38 billion for the rights to televise four Olympics, from 2014 through 2020.

When asked in 2008, the former U.S.O.C. chairman Peter Ueberroth in response to the question “Who pays the bill for the world Olympic movement?” Ueberroth said. “Make no mistake about it. Starting in 1988, U.S. corporations have paid 60 percent of all the money, period.”

It’s therefore fair to ask the question… Who does the USOPC really care about?? The athletes or their sponsors??

In discussions with the USOPC this week, USA Track & Field athletes asked about what would happen if the USOPC “broke” the IOC rules (and presumably the Revenue Sharing Agreement) and chose to back the athletes in a podium protest. The response was they “don’t know” but it was likely “they may lose funding and be de-registered”.

Is it Sport or Entertainment? It’s both of course, although in an entertainment sense it could be argued that the athletes are the bit part actors who compete (or “perform”) on cue to put on a great show.

The agreements that athletes sign, before competing, which include the banning of athletes protesting, are really all about avoiding controversy and maximizing returns for the sponsors who have laid out the cash. From the host government’s perspective, they have invested the billions of dollars of public money to show off their country and want to avoid the political fallout, of a protest, from another country, in their own backyard.

All of this is completely reasonable and logical. It’s Business Investment 101 – Risk Management.

What I object to is any pretense that the athletes, and their rights, come first. I’d respect the IOC, the USOPC and major corporations, who have been saying how much they care about civil rights, to be real and admit they’re primarily acting in the interests of their sponsors and/or shareholders first and that’s the way it is. Then we can accept reality, start to build trust and talk about each other’s agenda and find solutions.

USA Track & Field athletes were also questioned why a podium protest is so significant, with a suggestion “it shouldn’t be that way because it’s not the only opportunity they will get to make a point”.

Most athlete’s international sports careers are very short compared to their lifetime. Most never win a medal and, for I myself in the hammer throw, I’d estimate about 0.01% of people know what the hammer throw is, let alone that it is an Olympic Sport.

It’s ridiculous to suggest the podium is anything less than the most significant opportunity for a peaceful protest in anyone’s life. The facts speak for themselves, looking at how it destroyed the sporting careers of Tommie Smith and John Carlos and the huge impact it has had to my life along with the loss of income. But now, they are considered heroes.

What infuriates me is the IOC’s own museum, in Lausanne, promotes and celebrates the importance of equality and respect. The IOC web site praises the sacrifice of athletes like Tommie Smith, John Carlos and Muhammad Ali for their protests, that brought attention to issues of race and equality – and yet the IOC destroyed Tommie and John’s career.

The IOC’s website for athlete support, Athlete365, also recognizes the sacrifice and impact that the protests of Tommie, John and other athletes like Lee Evans.

Yet, the new rule 50 for the Olympics ban any type of similar protest.

The last few weeks have shown the issues of poverty and race are the same, if not worse, than they were in 1968 and the IOC’s stance on athletes rights is confusing at best and outright hypocritical at worst.

The IOC’s current position is very clear in regards to protest. Whether you agree or not, and choose to follow the rules, will be with the athletes. It is very unclear what the punishment will be for any infringement or what an infringement might look like. Like black and brown people in America it’s unclear how the rules will apply to them and fear is the order of the day.

Ultimately, the rules are designed to ensure governments and private investors continue to support future Olympics and the IOC’s own survival.

Athletes aren’t stupid, and the sacrifices they and their supporters, have had to make for the 10 or more years of training, to make the Olympics, can never be repaid.

To suggest that sport and politics should not or are not part of the Olympics and that life is about free and fair play is demeaning and disrespectful.

Rule 50 is a step backwards to 1968 where protesting athletes were stripped of their medals and thrown out of the games, protesting for causes which even the IOC admits now are legitimate.

I expect the IOC will continue to prioritize political relationships, profits and their own existence over the rights and freedom of athletes.

Despite these barriers, I am determine to work as hard as I can to make things better for the black and brown communities in the United States. My protest and sacrifice will not have been for nothing. The issues we face are too important to be ignored.