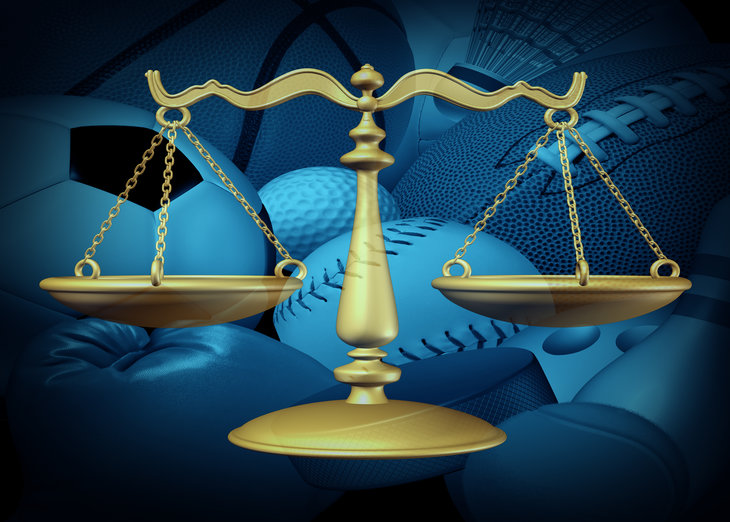 The fate of the head coach of England women’s football team in his discriminatory decision on Elola Alulco, is an indication of the power of media on impacting various layers of sports in this country. Also, the media reflection of Jess Varnish’s objection, the British cyclist and Olympic gold medalist led to the resignation of the technical director of the British Cycling. In another example, an open letter from Global Athlete in support of the Irish athletes who had been barred from attending world karate championships as a result of internal disputes in the National Federation pushed the World Karate Federation to back off from its stance and allow the Irish athletes to participate in the world tournament. Attention to these three instances is enough to realize that an independent legal organization where athletes can refer for their legal disputes has either never existed or if it has, it is not independent or responsible. The Court of Arbitration for Sport (CAS) is also so costly that practically many athletes cannot afford to settle their disputes there.

Diplomacy of sports or sports for diplomacy?

Well supported reasons suggest that diplomacy in sports has not met the expectations of the athletes. This means that the legal situation of the athletes has never been central or a serious subject in the diplomacy of many international federations.

Diplomacy of sports and sports for diplomacy are phrases practically used in the highest ranks of management for promotion of the goals of the international federations. As a cliché rhetoric, the first is referred to relations and negotiations that can lead to targeted development of sports structures and the second is to use sports as means of human relations for publicity purposes; a matter that has captured the attention of sports managers. More importantly though, diplomacy in both kinds must help the geographical expansion of sports while providing equal grounds for female and male athletes alike in sports fields. Alex Morgan, a member of the United States women’s national team explicitly announced that she will do her best to fight against gender discrimination in football. Her teammate, Megan Rapinoe also, in a television interview accused FIFA for not acting tough enough against racial and gender discrimination and didn’t find the 83,000 dollars fine enough penalty for the behavior of Bulgarian football fans. Sadaf Khadem is also a recent victim of gender discrimination in sports who has been ignored by AIBA. She, who immigrated to France because of injustice in Iran pertaining to banning of female Iranian athletes from participating in international boxing matches, after winning over her French counterpart, appeared in the media to once again be an objecting voice to all the indifference on the part of international federations with IOC at the top.

Why is a world athletes syndicate necessary?

If we know enough about the current situation of federations of Olympic sports and considering two unfortunate factors, we must insist on the necessity of establishing a world athletes syndicate. The first factor is that the agreed legal protocols between the International Olympic Committee and international federations do not permit IOC to directly supervise disputes within a federation. For that matter, observing the Olympic charter, elections, translucency of financial resources and the level of earned income and tens of other instances cannot be fact-checked by an organization higher than international sports federations and more unfortunate second factor is that basically, there is no impetus in IOC to oblige itself and other international sports federations to translucency.

During the presidency of Samaranch, a commission was formed in IOC titled the Athletes’ Commission which up to this day has not been vocal even once on influencing the athletes’ situations. Similar commissions also exist in most international federations that are practically useless because they have never reacted to the Russian athletes’ doping issues, have never condemned forced hijab imposed on female athletes, have never been bothered by fascist slogans of the spectators and have never acknowledged the campaigns on women who are not allowed to enter football or volleyball stadiums. Of course, instances as such are aplenty and these commissions have never objected in support of the athletes. In fact, the main fault with IOC Athletes’ Commission and similar bodies lies in their lack of independence whereas a world athletes syndicate must have legal independence with a reminder that a percentage of the Olympic games income should be allocated to this syndicate.

Allocation of Olympic games income to sports federations and athletes was proposed for the first time by Marius Vizer the ex-president of SportAccord which faced a heated reaction by IOC.