INTERNATIONAL EFFORTS FOR WOMEN’S ADMITTANCE TO SPORT STADIUMS IN IRAN 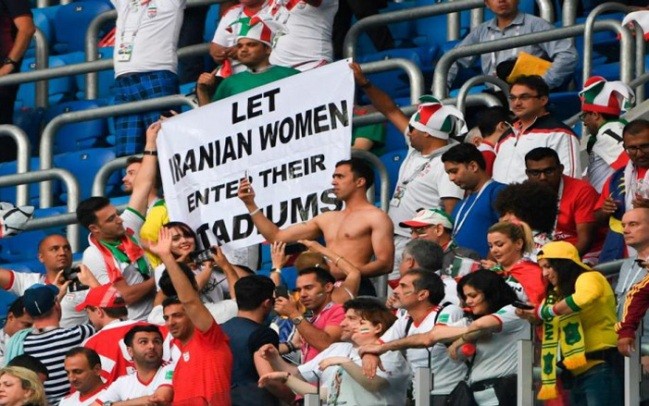 FIFA Secretary-General Fatemeh Samurah announced that she, along with campaigners based in Iran, will be meeting to discuss the allowance of women to enter football stadiums. According to the Associated Press, Samurah announced that the meeting will be held today in Zurich, Switzerland. The members of the campaign have collected 200,000 signatures for the initiative.

The final AFC Champions League match between Persepolis FC and Kashima Antlers took place on Saturday at the Azadi Stadium in Tehran, Iran. Over the past few days, a press release has surfaced in regards to the possibility of issuing licenses for the allowance of women in the stadium. It turns out, however, that no license has yet been issued.

Earlier, during a friendly match between the national football teams of Iran and Bolivia, a group of special women (including members of the football team and of the football federation) were allowed a limited participation and were present at the stadium to watch the game. A few days later, however, this was confronted by the attorney general, Mohammad Jafar Montazeri, who said that if this were to occur, then the authorities would deal with the perpetrators.

In Iran, women are forbidden to spectate at football matches (among other sports). Although this issue is not related to any particular law, it is specifically related to the decision of the authorities of the Islamic Republic.

Last winter, FIFA president Gianni Infantino said that Hassan Rouhani said that women would be allowed to enter stadiums, but told him that “it takes a little bit of time in our country”. Indeed, during the presidential elections, Rouhani did promise that women would be granted access to stadiums. However, in the summer of 2016, Shahindokht Molavardi, deputy head of women’s and family affairs of the president, said that the government “did not respect the references” of women’s access to stadiums.

This summer, during the World Cup, women were allowed to enter the Azadi Stadium and watch the football matches via screenings of them. Officials did initially confront the issue and a license was then granted for women to watch those matches live. In Iran, the lack of admittance of women to partake in sports matches is not limited to football.

In the past years, after the International Volleyball Federation threatened to punish Iran, some women were allowed to attend volleyball matches.