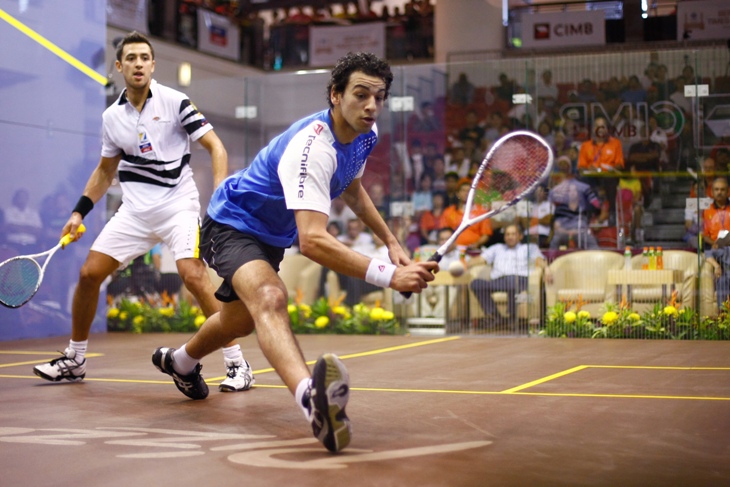 One of the most legally challenging issues for anti-Olympic campaigners is the organisation’s inconsistent changes to the number and types of sports the IOC include in the Games. Under the rules of the Olympic Charter, the IOC Executive Board are able to add new disciplines to existing sports without needing the approval of the full membership, power that many would call undemocratic. Since the first Olympic Games in which nine sports were contested, there have been irregular changes in the nature of Olympic disciplines: there is a core of five sports that have been on every Olympic program – Athletics, Cycling, Fencing, Gymnastics and Swimming – while others have come and gone, and come back again without a consistent policy for changing the roster of included sports.

In Rio 2016, Rugby and Golf will be experiencing their first Olympics Games.

For Tokyo 2020, the announcement about Karate and Climbing being shortlisted was unexpected for many observers, while Squash and Wushu, two of most successful sports, failed to make the cut from among eight finalists.

On this matter the President of European Squash federation,  Zena Wooldridge said to SportsEmic; “I think we first need to understand (and accept) that the process culminating in the TOCOG list of sports October 2015 was very separate and different to the process which might review and possibly change the mix of core sports and disciplines included in the Games. What wasn’t made clear about the Oct 2015 TOCOG list is that it was a one-off opportunity for the host (Japan/Tokyo) to choose a set of sports/disciplines which it wanted to add to its (2020) Games at its own expense. There was no requirement for it to adhere to any previous short-list (that is a different and separate process). It was entirely its own choice. It is therefore perhaps not so surprising that TOCOG chose sports which are most relevant/popular to the Japanese nation, and which are more likely to win medals for Japan and attract a young Japanese audience. In that context, we shouldn’t be surprised that squash doesn’t feature on TOCOG’s / Japan’s priority list. In hindsight, had we better understood this process prior to TOCOG’s decision in Oct, the squash world may not have been so surprised or disappointed.”

Baseball and Softball were dropped after the 2008 Games in Beijing and have failed in several bids for reinstatement. Many people still believe that Baseball and Softball are not widely developed global sports.  Under Tokyo’s recommendations, the men’s baseball tournament would consist of six teams and 144 total players, while the women’s softball competition would have six teams and 90 players.

Furthermore, the long-standing disunity in Karate has led to empty seats at WKF events, drawing media scrutiny to the sport. Additionally WKF’s president has remained unchallenged since 1998, which does little to dispel the sport’s image as one lacking transparency and democracy.

The president of European Squash federation believes that  the sports which Tokyo/Japan have chosen are included in 2020 only as ‘guest’ sports for that Games only. However, it does give them the opportunity of media exposure and visibility which might help their future consideration . . . . .  perhaps.

Zena Wooldridge also added;  “In reality, squash’s best (recent) chance of inclusion was probably the IOC Session in Buenos Aires in September 2013, which was the unfortunate debacle when wrestling was ‘removed’ from the list of core sports, only to be swept back in on a wave of emotive reaction from certain influential wrestling nations. Had a different sport to wrestling (such as Modern Pentathlon, as was more expected) been removed, then the outcome in Buenos Aires may have been quite different. Squash’s next opportunity, if we decide to re-enter the race, will be 2024, and the review of sports/disciplines out of Rio 2016. According to previous schedules, this is likely to be decided in 2017 alongside the decision on host venue for 2024. If the IOC decides to give the 2024 host the opportunity to include ‘guest’ sports as they have for Tokyo, then the choice of host city could also become relevant for squash as there is probably a much greater chance that Paris/France or LA/USA would choose squash as an additional one-off sport if it’s not selected by the IOC for inclusion as a ‘core’ sport. That’s how I think it looks at the moment. But 2024 is 9-10 years away, and the IOC may decide to change the whole process again by then. So squash needs to be well prepared with its proposition, and agile to adapt to changing circumstances.”