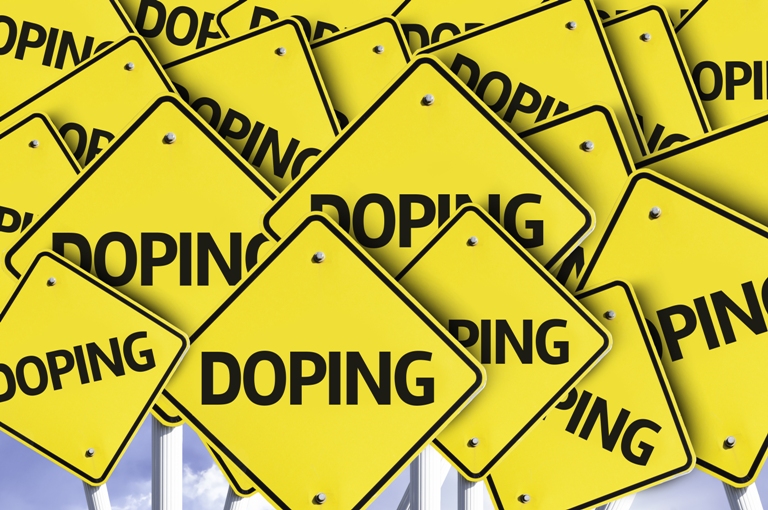 The question of legitimacy has circled around professional sports for generations. Whether it’s the ‘too round’ Jabulani ball used at the 2006 Football World Cup that allegedly gave an advantage to German players, or the illegal Stickum used by NFL legend Jerry Rice to strengthen his catches, athletes have had to walk a perilously fine line between pushing physical boundaries, and breaking legal ones. Now, in a sporting world where the greatest cyclist of all time can be torn from his pedestal and shadows cast over an entire decade of his sport, relentless pressure circles around sport’s biggest taboo: doping.

The most conventional response to the notion of performance-enhancing drugs is that ‘doping is cheating. Obviously’, and this isn’t without good reason; a 2007 study by The Science of Sport reported that athletes taking EPO performed 54% more efficiently than those playing clean. This is particularly important as sports have shifted from being purely physical pastimes to the bases of extravagant business ventures, with the BBC claiming that the 2012 London Olympics grew the UK economy by £9.9bn.

But the most of the money in sports isn’t invested – or claimed to be invested – back into public works projects, as the funds from Olympic events tends to be. While Russian cycling team Tinkoff-Saxo is backed by Oleg Tinkov, a man worth $1.4bn, their star rider Alberto Contador was forced to take a 15% pay but in 2013 to ensure the financial stability of the squad; as sports becomes more economically lucrative for wealthy individuals, those individuals are able to exert a lot of control over those beneath them, to ensure they get the results, and prize money, they want.

It is this culture of control and bullying that is the most damaging for sports, and here where we must turn to the poster-boy for athletic doping: Lance Armstrong. While the once-seven-times winner of the Tour de France has a valid defence for his crimes, that he was taking EPO during their height of the drug’s infamous popularity, it was his aggressive insistence that others follow his lead, and those who refuse must be eliminated, that sets him apart from the other seven riders to have top-ten Tour results stripped in the last decade and a half. From shutting down the accusations, and even career, of clean American rider Greg LeMond, or personally wrecking the race of Filippo Simeoni in the 2004 Tour for testifying against Armstrong’s trainer in a doping trial, Armstrong’s methods were extreme, and revealed a grotesque brutality of character, not just a competitive desire to win. When it comes to doping, it’s people, not just athletic records that suffer.

This is why doping cannot be considered in the same breath as technology or training in sports. Much criticism has been directed at British giants Team Sky for their apparently excessive financial backing – they were reported to receive £24m in investments in 2014, compared with around £8m for rival French team AG2R – but the reception of money isn’t a moral qualm, but a financial decision. Sky are not wrong for being wealthy, they would be wrong for abusing that wealth.

It’s clear that doping, as a moral error, transcends this economic prerequisites. Of the thirteen Olympic medals stripped at the 2008 and 2012 Games, two were from North Korean athletes, two from Belarus, one from Turkey and one from Uzbekistan; none of these nations are notable for having extravagantly-funded Olympic programs, such as the UK’s, which ploughed over US$400ml into preparation for the London Games.

The biggest unified anti-doping push comes in the form of UNESCO, the branch of the United Nations responsible for Educational, Cultural and Scientific development. Director-General Irina Bokova has stated that ‘UNESCO fights doping in sport by mobilising funds to support government capacity, mapping needs and identifying national and regional good practice.’ In 2005 the organisation formed the International Convention against Doping in Sport, as a collective body to encourage governments around the world to work against doping, and highlight the World Anti-Doping Agency’s (WADA) World Anti-Doping Code (the Code), a document that brings together various anti-doping policies. These policies have been effective, with Eric Rosand writing in 2008 that they have resulted in ‘more than tactical success’.

Yet problems remain; Spanish cyclist Alejandro Valverde has been sanctioned twice in two seasons for doping-related offences, with no positive dope tests as evidence; this suggests that doping is still perceived to be an integral part of elite sports, even if it is not of such great practical importance. The NFL continues to brush its substance abusers under the rug, with a first offence being met with a private warning as opposed to a fine or a ban, and Arsenal manager Arsène Wenger heavily implying that doping plays a bigger role in football than fans would like to imagine. Indeed, UNESCO itself seems caught up in political red tape, being legally unable to enforce the Code as the UN deals with national governments, while the WADA can only interact with sporting institutions separate from governments; as a result, UNESCO’s role in fighting doping is little more than finger-wagging scrutiny, not hard and fast law-making.

This is the critical problem with doping, that it is intangible. While universally accepted that doping is ‘wrong’, and widely believed to be a problem for the majority of athletes and fans, it is a problem of great medical complexity and great cultural discord, with pressure coming from trainers, sponsors and even national governments for individuals, team or institutions to dope for a variety of goals. It is through a grassroots approach that doping will be eradicated, or at least relegated to negligible importance, in the future, not a more structured, top-down system. People will dope if they consider it to their advantage; the answer, therefore, is to effectively present fair and wholesome alternatives to reach the peak of athletic success.