Home > Articles > INSIDE THE KARATE HISTORY

INSIDE THE KARATE HISTORY 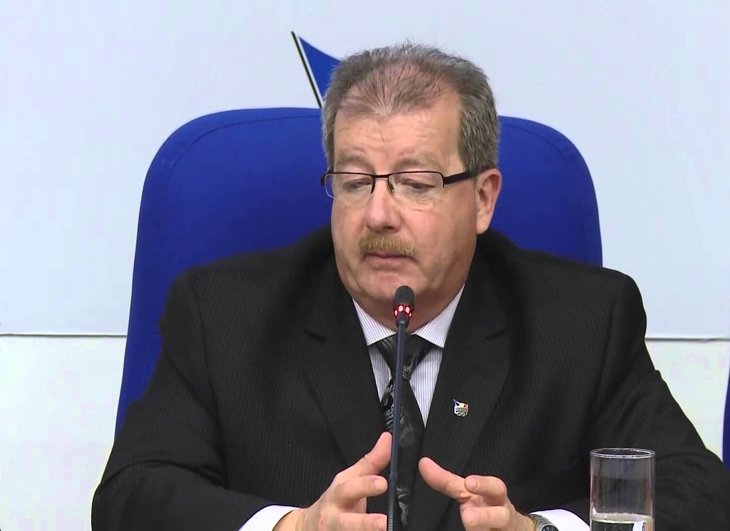 Takashi Sasagawa, the Japanese billionaire, is urging the Tokyo 2020 organisers to include WKF karate in the 2020 Olympic Games. If the WKF is successful, it will be devastating for the millions of Squash and Baseball athletes world-wide, who will be excluded from participating in their respective sports, as WKF karate is not nearly as popular as Squash, Baseball or even Kyukushin and Shotokan karate.

Generally speaking, karate is suffering from great disunity which dates  from 1983 when the IOC identified Sport and Traditional Karate as the two distinct disciplines of karate….

Recently we were in Canada with Mr Richard Jorgensen, the President of the International Traditional Karate Federation and we asked him to elaborate on past and current issues. We were grateful for the opportunity of this interview and we put the following questions to him:
Mr Jorgensen, why did the IOC president Mr Samaranch declare unilateral recognition of the WKF in December 1998, based on a meeting of the executive board?

First of all, I am not certain that his decision was based on an Executive Board meeting or decision.  I had met with some members of the Executive Board at the time of their meeting and had been assured that there had been no change in the position of the IOC – that is, there could not be recognition of WKF without unification with ITKF.  I was very surprised to see a letter from the IOC President Samaranch that fundamentally changed that position.  When I re-connected with some of the Executive Board members that I had met at this meeting, it was indicated to me that this subject was not part of the Board discussion.  So the situation is very confusing.  What can be confirmed fact is that the subject was before CAS at the time he took this decision and previously the 101st Session of the IOC had removed WKF recognition and required unification with ITKF before it would consider any further recognition.  This makes the action of President Samaranch completely unilateral and outside the normal process of IOC.
Who gave authority to President Samaranch to recognise the WKF as a world-governing body?

This is the confusing point.  I cannot answer the question of who gave him the authority to take this action.  In the IOC Congress that followed his unilateral decision – which was in June, 1999 (he took his decision in December, 1998), the issue was still before CAS – but he still proceeded to ask the IOC Congress to adopt his position.  I believe this is contrary to the rules of the IOC itself, as CAS had not rendered its decision.  One has to question why he took this action because the whole matter was before the Court of Arbitration.  It makes a mockery out of CAS and its authority.  None-the-less, these are the facts that have been ignored by the IOC.

Did the ITKF protest about this action with Mr Samaranch and every subsequent new IOC President?
Of course.  But, if the President of the IOC is going to ignore his organization’s own rules and processes – why would he listen to the ITKF? The entire situation is unacceptable – not just to ITKF and all of the Karate practitioners – but to all sport.  Such behaviour creates the opportunity for whimsical decisions.  It creates an environment where we are expected to follow a very strict protocol to participate in the IOC guided sport structure around the world – but the IOC can ignore that protocol at any moment, based on a single President’s own thought.  This is not how a fair structure operates.  Can you imagine the outcry from the IOC if one of its recognized sports published its rules of competition and then during the competition arbitrarily changed its entire competition.  Let’s say the rules are basketball – but the actual competition is held under volleyball rules.  While that may seem a ludicrous example – that is what has happened here.

Each time we protest, we are referred to the WKF for satisfaction.  That is like a prisoner being referred to his jailer to listen to an appeal.  It doesn’t make any sense.  WKF has sent out warnings to its National Federation members not to cooperate with ITKF or face suspension.  How can unification happen in such an environment?

At the 101st session of the IOC, the IOC outlined a process for unification to take place. Do you remember the date of 101st session? And what happened next?

The 101st Session was held in Monaco in 1993.  I was in Monaco lobbying for unification.  It was at that session that WKF (WUKO) had its recognition removed and the requirement of unification with ITKF was instilled.  The IOC Judicial Commission sent a set of principles with the requirement that they be included in a unification constitution.  The IOC Judicial Committee suggested a new name for the new organization be used.  That name was World Karate Federation. At a subsequent meeting with ITKF hosted by the IOC at IOC headquarters, WUKO announced that it had changed its name to World Karate Federation (WKF).  I was at that meeting and was incredulous as it usurped the entire process of unification.  As a result, the IOC approved the formation of a Joint Working Committee with two representatives from each of ITKF and WUKO.

The Joint Working Committee had, as its task, the creation of a draft Unification Constitution.  The Working Committee included the General Secretary of ITKF, Mr. Michael Crowe; the General Secretary of WUKO, Mr. Mano; and, a member at large from each of ITKF and WUKO.  The ITKF selection was Mr. Sinha from India who was an ITKF Board member and the WUKO selection was Mr. Abdulla from South Africa who was a Vice President of WUKO at the time.

I was the Chairman of the Unification Committee for ITKF and worked behind the scenes with the ITKF President, Sensei Nishiyama and the General Secretary, Mr. Michael Crowe.  We met with WUKO President Jacques Delcourt many times.

The Joint Working Committee completed its task in 1996.  The agreement was to present the draft unification Constitution to the respective World Congress of ITKF and WUKO.  I presented it to the World Congress of ITKF in Sao Paulo, Brazil in 1996.  It was accepted as a Constitution of unification unanimously by ITKF members.  Mr. Abdulla was to submit it to the WUKO Congress – he never did.  The President of WUKO, Jacques Delcourt, forbid its appearance or discussion claiming that Mr. Abdulla had no authority to negotiate this work.  Indeed, he tried to have Mr. Abdulla suspended from WUKO.  It was at this Congress that Mr. Antonio Espinos became President of WKF (ex-WUKO). Mr. Espinos is from Spain as was President Samaranch.

The unification matter was put to CAS in 1998. Please tell us more about what resulted from this.

The process of CAS was derailed because of the unilateral decision of President Samaranch.  However, ITKF had asked for clarification from CAS as to whether or not they had authority over this matter.  It did so because the CAS decision rendered previously had never been implemented (unification) and ITKF was concerned that the same thing would happen again.  That is, any decision of CAS would never be enforced.  Within ten days following the IOC Congress support of the unilateral decision taken by President Samaranch to recognize WKF, CAS rendered its decision that it did indeed have the authority over this matter.  Was this coincidence?

The question that has never been adequately answered for me concerning this decision is whether the NOC members who voted at the IOC Congress were confused by the information.  Did the fact that WUKO changed its name to WKF confuse the vote?  The name WKF was synonymous with the unification document circulated by the IOC Judicial Commission.  It was the name proposed by the IOC Judicial Commission for a new unified world federation for karate.  It would have been the name that IOC President Samaranch used in his proposal to Congress.  One has to ask the question as to whether using the name WUKO would have made a difference.  Regardless, it was outside of the normal procedure of IOC.

The unification of karate has become a particularly urgent and important issue, because the IOC may now consider whether to include the WKF in the Olympics. Have you tried to open new negotiations with Antonio Espinos, WKF’s president?

ITKF has always negotiated unification in good faith.  However, history and evidence shows that the same is not true for WKF.  I was part of the first delegation to the IOC Court of Arbitration for Sport in 1986.  I was an active participant in every negotiation and meeting with WUKO’s President, Mr. Delcourt and, I have written continuously to WKF President, Mr. Espinos.  I have never received a single response from Mr. Espinos.  To me, this shows he has no regard for unification – he only has regard for his own power.  In 2013, representatives of Kyokushin approached me as the President of ITKF.  They had a similar story of discrimination as WKF refused to support their bid for inclusion in the Combat Games in Sochi.

It was at that moment that I realized unification was possible without WKF and I began the work to contact others to form United World Karate (UWK).  Now, we are going to hold our first United World Karate Championships in Koper, Slovenia October 12 – 18.  It will be the first time that the distinct disciplines of Traditional Karate, General Karate and Contact Karate will be presented as part of the same Competition platform.  It will be an outstanding and historic event and proves that unification is possible with open minds and determined people.  “United As One” is the theme of our competition and I think that is a good summary of what is possible.

Mr. Espinos recently bragged that there are 100 million karate practitioners world-wide and that 10 million of them were members of WKF.  To me that says that WKF only represents 10% of the karate practiced.  They have no right to claim they represent ALL karate!  They only represent a small sliver of karate world-wide.  It is time the IOC wakes up and supports other equally important karate sport.
In one word, do you think you have been discriminated against by the IOC?

If I have to choose one word – I would say greed.  But there are really three words.  Greed, power and intolerance.

Sensei Richard, thanks again for talking with SportsEmic