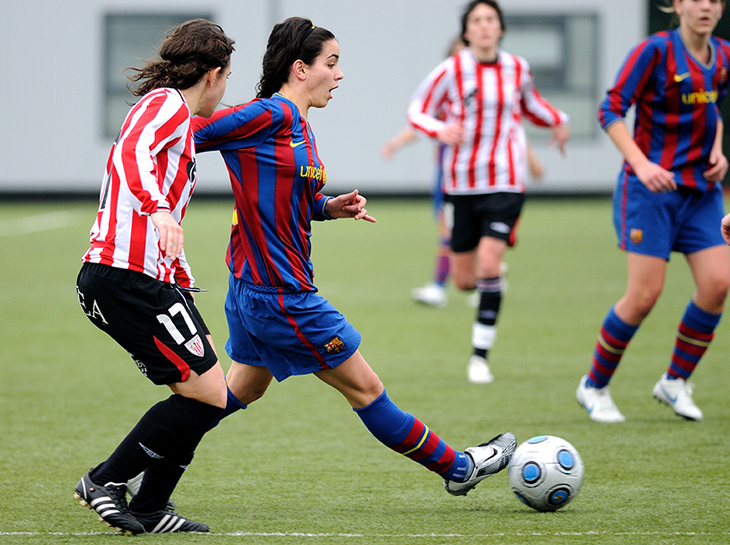 The international development of sport reflects inequalities of power at local, national and global levels.

This article aims to highlight how gender inequalities arise in international sport. The focus will be on the significance of power for understanding gender. Power as defined by Hargreaves is “a relationship between agents, the outcome of which is determined by agents’ acces to relevant resources and their use of appropriate strategies in specific conditions of struggle with other agents” ( p.3, 1986). Power is a complex concept, working in a form of networks to exercise power with one, more one dominant agent. In relation to sport Hargreaves suggests that the most influential forms of power in the power network is civil society and the state. (p.4, 1986). The influence of civil society in power and the development of sport means that power can’t just be employed by using brute force and economic domination. This is where the theory of hegemony can be applied in sport and international development.
Hegemony is a theory formed by an Italian Marxist philosopher named Antonio Gramsci. Hegemony is a struggle between power relations, that is constantly being changed and developed. The outcome of this power struggle creates victories and loses. This is where inequalities start to develop. As there will always be a winner and a loser and no equal ground. Anderson highlights that “ force cannont be the causative factor in order to elicit complicity. Rather, people must believe that their subordinate place is both right and natural” (p.118, 2010). Within society many inequalties are accepted as the “norm” because that is what people are made to believe. This essay discusses how sport is used as a way for people to identify towards a nation. However the way in which sport is used as a form of national identification highlights many inequalties specifically within gender.

Sport is an extremely powerful political tool. It has the ability to create a sense of national identity towards a country, which may not have ever existed before. The question is what is national identity? It is a very subjective concept. The use of symbols, language, currency, flags and national anthems are just some of the ways in which people use to identify with a specific nation. Through mega events and sport in the media, sport is another symbol or form of national identity. National identity is a social concept based on creating an “us” and “them” ideology. Creating a difference between all nations (Mansfield & Curtis, 2009). Therefore it is a method that nations use to portray their dominance over all other nations. National identity generally stems from historical events. Many countries that were under another countries’ control, after achieving independence, have a hightened sense of national identity. An example of this would be Ireland. After achieving independence from Great Britain in 1922 the importance of enstilling their national identity and cultural difference to Britain was substantial. They promoted the Irish language by making it compulsory in schools. They created the Irish punt, a different currency to Britain. They also made sure to register to the Olympic committee as an indepenent country. Ireland wasn’t the only country to do this after achieving independence; infact most countries that achieved independence did this.

Sport is used as a method of portraying a nations dominance and national identity on the world stage. However there is a strong sense of masculine dominance within the concept of national identity. Hagreaves suggest that the media is one of the most important institutions for reproducing national identity (p.154, 1986). Many people would identify to the men’s English football team. When the team does well it makes English people feel proud and have a strong sense of national identity. However women in sport are so poorly represented that “between January 2010 and August 2011, women’s sport received just 0.5% of all UK sports sponsorship. During the same period, men’s sport received 61.1%” (wsff, p.2, Big Deal, 2011). People therefore don’t attach the same sense of national identity to women’s teams doing well because it’s not offered to society in the same way men’s sport is. Even though “Our leading sportswomen regularly outperform their male counterparts on the international stage”. (wsff, Big deal, p.2, 2011)

Within western culture there is a generalization of what masculinity is. The pressure of stereotypes on genders within society pushes the differences between the two genders further and further apart. Anderson (p.118, 2010) highlights the significance that sport has on developing a hegemonic model of masculinity. Society accepts that men are faster, stronger and more athletic than women. The contrast in how males and females are portrayed in the media further highlight the social acceptance that men are better than women at sport. That there is more value to a male’s performance than to a female’s. As Mansfield and Curtis highlight “the mediation of sportswomen reflects, reinforces and maintains narrow versions of femininity based on ideals of (western) beauty and heterosexuality as well as trivialising their performances as sub-(male)-standards” ( p.11, 2009).

It appears to be that female athletes are seen as possessing separate identities to the nation until they start winning on the world stage. Female atheletes are seen for their gender before their national identity. Mansfield and Curtis highlight during the 800m final there was little to no references to her “ Britishness” until half way through the race when there was a clear possibility of her winning “for Great Britain” (p. 16-17, 2009). There is hope for sporting women to cut through the stereotypes of male dominance in sport, and to be a method to strengthening national identity. However there are still many ways in which the sporting achievements of women are undermined.