Home > Articles > LET’S NOT BE DECEIVED BY THE PROPAGANDA OF TOTALITARIAN REGIMES; SPORTS ARE NOT SEPARATE FROM POLITICS

LET’S NOT BE DECEIVED BY THE PROPAGANDA OF TOTALITARIAN REGIMES; SPORTS ARE NOT SEPARATE FROM POLITICS 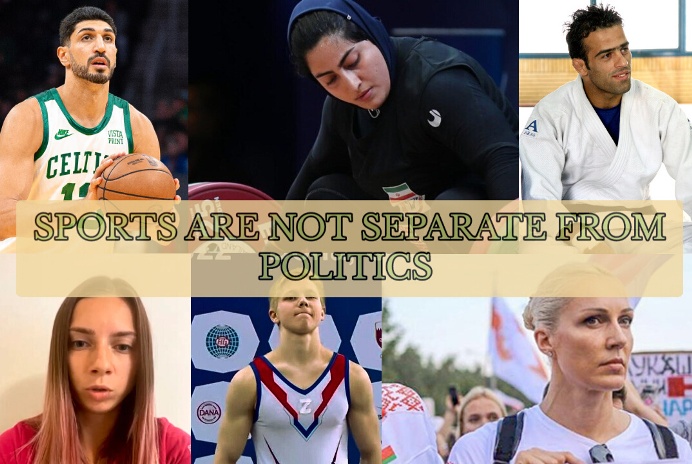 Let’s not be deceived by the propaganda of totalitarian regimes; sports are not separate from politics

To prove that sports are political, it suffices to note that governments are the greatest financial resources for sports competitions and team preparations and undeniably, sports federations need such resources.

Although among international sports federations, there are popular and wealthy ones such as football (FIFA), tennis (IGF), golf (IGF) that at times overshadow the interests of politicians to their own advantage but this does not mean that politics are not involved in sports. The ideologic Qatari regime’s easing up on use of alcoholic beverages and homosexuality in exchange for hosting the World Cup, and commendation of Russian officials of Ivan Kulliak, the medalist gymnast who by displaying a “Z” sticker, supported the Russian invasion of Ukraine are among political manifestations of sports in our era.

But since media freedom guarantees healthy democratic governments, sports are also healthier in these countries. The more the transparency of governments takes a downward turn, the tighter the tie between politicians and international results of the athletes in order to legitimize their governance. In fact, dictators take advantage of the athletes’ achievements to boast about their power to their critics. At some juncture, this need reached a point in Russia that their sports high officials turned to systematic doping to increase the number of their medalists.

According to statistics released to Turkish media by Turkey’s Minister of Sports and Youths, post Tokyo Olympic Games, this ministry between the years 2002-2020 has donated over 16 million dollars in cash to 24-163 sports clubs. In 2021, this financial assistance was stated as 998,000 US dollars. Financial assistance to amateur sports clubs as well, in 2020 was 3,800,000 dollars and 5,700,000 US dollars in 2021. The level of Turkish sports clubs’ dependence on this amount of government aid, considering our knowledge of the size of Turkey’s economy and political conduct of its government, creates the problem of economic rent. A problem that deprives a segment of Kurd and LGBT athletes. In fact, economic rent in sports is considered a bridle to put athletes in line with governments and to distinguish government athletes from non government ones. Sports economic rent is not limited to Belarus, China, Russia, Iran, Saudi Arabia, Azerbaijan or Kazakhstan. It exists in all Arab countries. Even in countries such as Turkey that enjoys a secular social system, it is also evident. Only, its extent depends on the extent of the authority totalitarian governments seek.

Although Turkey is still far from democratic parameters, with LGBTs pushed to seclusion, government dominance in most political, sports and media arenas and ongoing suppression of journalists and opposing politicians but secular civil organizations, despite governmental pressure, continue their activities. Social freedom in Turkey is far more favorable than other regional countries and that has yielded more outstanding gender equality among Turkish athetes than other Muslim countries and even Israel. 50 female and 58 male athletes participated together in the 2020 summer Olympics under the Turkish flag and this is while only 14 female athletes in total from Arab countries came to Tokyo and the Israelis, with 35 female and 55 male athletes.

The situation in Iran is far more deplorable than in other ideological governments. The economic rent that the Iranian regime remunerates the government athletes with, is the only existing financial resource available in the Iranian sports. Hijab is mandatory for Iranian female athletes. Athletes are prohibited from competing against Israeli competitors and many other sports fields such as swimming, boxing, bodybuilding, and gymnastics are non permissible for women. From among 66 national athletes presented in the Tokyo Olympic Team, only 10 were women. 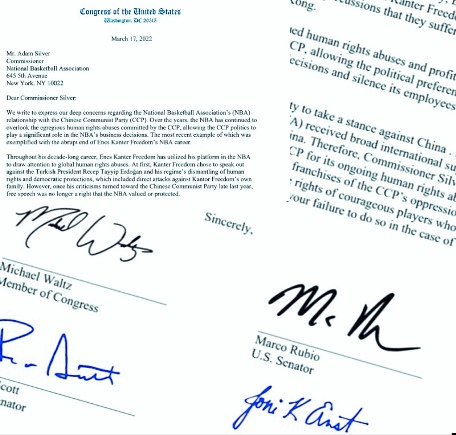 As much as the dark shadow of politics on sports irritates athletes in ideological, communist and totalitarian governments, it does not affect athletes in democratic societies. Of course, there are those such as Enes Kanter Freedom who for condemning the anti human rights policies of China’s communist party, was waived out of NBA which is a non government entity but the presence of free press and independent justice system in democratic countries provide the opportunity to the likes of Enes to defend their rights. Totalitarian regimes do not tolerate outspoken athletes.

Athletes who do not submit to their governments’ political demands, have either no place in sports teams or are banned from going to competitions abroad. On the other side, government athletes by reflecting the regime's politics enjoy more advantages. This is how sports talents are identified within the framework of political and ideological goals of such regimes and admitted to long term training programs to somehow become useful for the ruling political system.