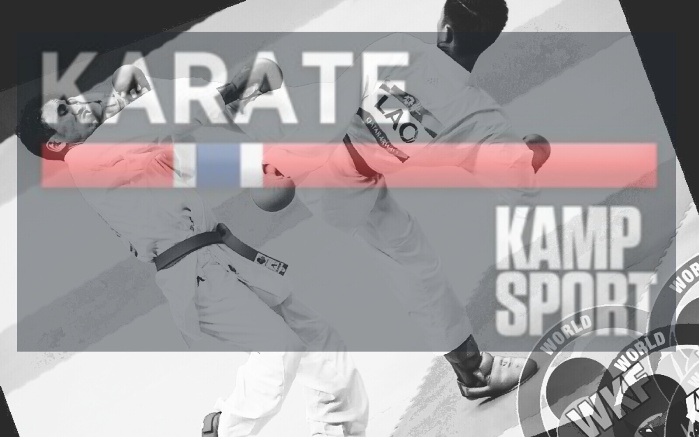 After the disaffiliation of Singapore Karate Federation, now it is Norges Kampsportforbund’s turn. Antonio Espinos who has exclusively headed the WKF as president since 1998, after the elections and appointment of the new president of Norges Kampsportforbund, decided to suspend this national federation’s membership in WKF. In a statement published on Kampsportforbund website, it is described that the said organization as a martial arts federation with a democratic management has always aimed at maintaining balance between WKF and other karate styles. It is also pointed out that the position of the Norwegian representative of WKF has always been reserved in Kamsportforbund’s board of directors. This suspension according to what Kampsportforbund has published, will prevent Norway’s karate athletes from participating in karate tournaments.

The Spaniard Antonio Espinos who in the past 25 years has headed the WKF as president with no other elective contenders, has also headed the European Karate Federation. He is accused by his opponents that by taking advantage of article 5.6 included in the 2018 WKF’s articles of association, he not only overrides free elections in national federations but in certain instances, he resents those national federations that do not necessarily support Espinos and prohibits them from working with WKF. 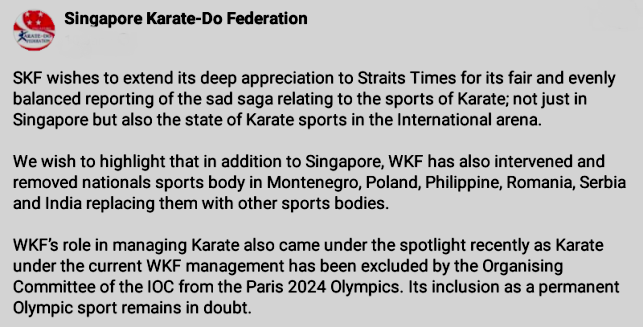 The national federations of India, The Philippines, Singapore and Ireland are among those that WKF has disaffiliated according to the said article. In addition to the above instances, between the years 2013-2015 Espinos set about massive purging in East European countries who opposed his policies. During those years, the elections in federations of countries such as Poland, Romania, Bulgaria, Serbia and Montenegro were directly affected by Antonio Espinos to the point that for two years, karate athletes in Poland experienced palpable difficulties due to lack of a national federation.

Lack of integrity in the karate sport and the erroneous structures, institutionalized within the WKF management, have brought karate a record of five unsuccessful attempts to enter the Olympic Games. Karate is not present in the Paris 2024 games and also not included in the 2028 Los Angeles Olympics list of sports.