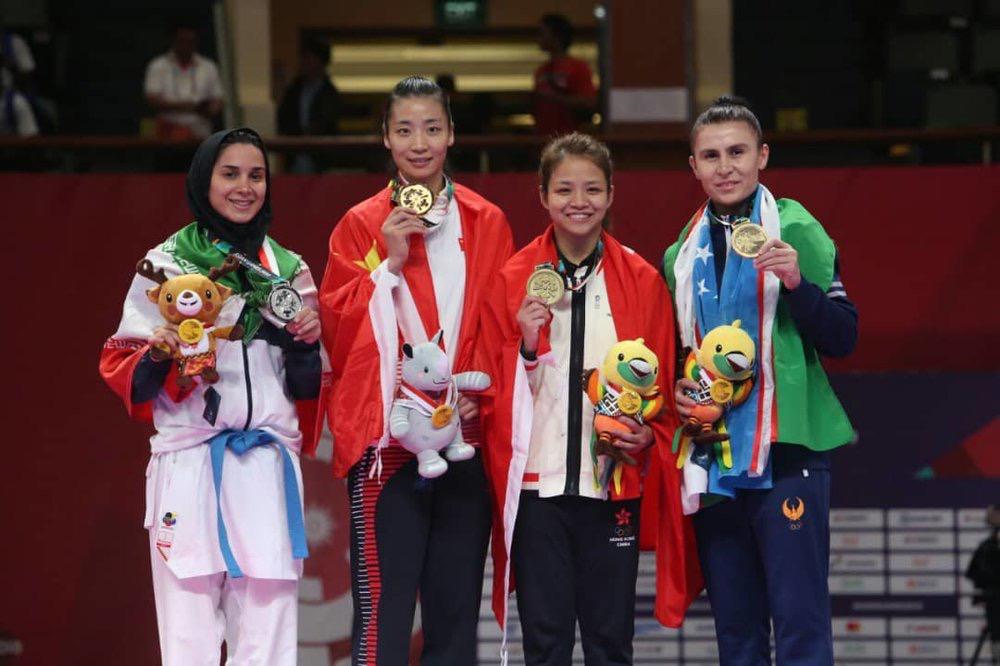 There is commotion in the Iranian social media especially among karate enthusiasts. The WKF’s delay in announcing the doping results on one hand has turned the rumor of two hundred thousand euros bribe into a hot topic in these media, which of course, we cannot prove the accuracy of this allegation and on another hand, disregarding the Olympic quota place of Rozita Alipour who should have gone to Tokyo with Asia’s continental quota in -61 kilogram women’s kumite, has once again brought forth the engineered plot of ranking and management of the results of the tournaments, which has alaways been a problem in World Karate Federation.

Rozita Alipour, a silver medalist of the Asian Games with a rank 6 is not among the Tokyo travellers. Surprisingly, WKF has qualified an athlete from Kazakhstan with a rank 9 to participate in the Tokyo Olympics who has a far lower standing in continental and world tournaments than the Iranian counterpart. On one hand, the circulation of pictures of Javier Escalante, the Chairman of WKF Referee Commission with Kazakhstan head of the National Olympic Committee in a trip that he took to Nur Sultan shortly after Olympic Qualification tournaments in Paris, has created doubts on how a team at Kazakhstan’s level has become so advanced that it is sending five karate athletes to Tokyo. It seems more like a miracle.

We contacted Touraj Chalaki, Rozita Alipour’s coach and inquired about the matter. Touraj said to sportsemic:
“According to reasons and documents, Iran should have received Asia’s continental allocation and the Greek karateka, the +61 kilogram place but WKF gave the continental allocation by mistake to Sofya Berutseva and the -61 kilogram weight to the French karateka, which is completely against its own guidelines”. 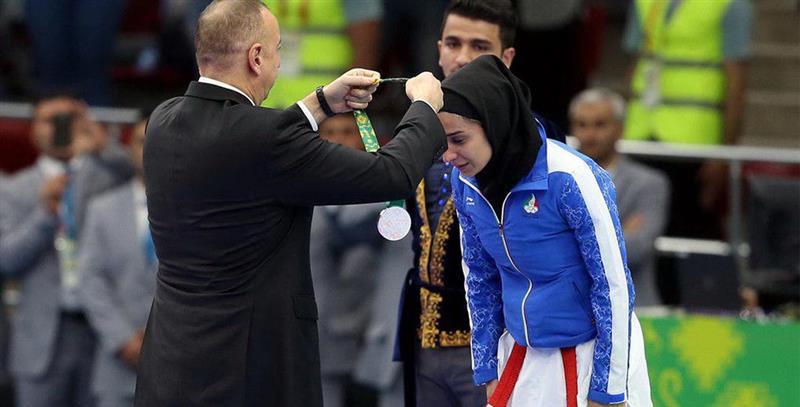 Touraj also pointed at a part of WKF’s ranking guidelines in which it is mentioned:

The highest ranked athlete between all gold medalists of each Continental Games across all events in the Olympic Standing on 24 May 2021, not yet qualified through the Olympic Standing or the Qualification tournament, will obtain (1) quota place, respecting the maximum quota per NOC. In case all gold medalists already qualified but the quota per continent has not yet been filled, then the place will be allocated to the next best ranked athlete from the Continental Games. The process will be continued down to the bronz medalists. Should the place still be available after the bronze medalists, then the allocation will be based on Olympic Standing as of 24 May 2021, respecting the maximum quota per NOC. If Continental Games are not approved as a qualification event on a specific continent, then the highest ranked athlete not yet qualified from the Olympic Standing on 24 May 2021 from the specific continent, will obtain the quota place, respecting the maximum quota per NOC.

Upon hearing Touraj’s statements, we examined closely the two Kazakhstani athletes that WKF has listed among the Tokyo travelers.
In the -55 kilogram weight class, Moldir Zhangbyrbay is 23rd in karate ranking. She participated in a total of twenty WKF seniors events with only one silver medal from Karate 1 Lisbon. Nurkanat Azhikanov is the other Kazakhstani athlete with number 328 in WKF ranking. She only made it to the final in the Olympic Qualification tournaments recently held in Paris and won a silver medal. Both athletes have not won any medals in any sports events in adult categories.

Lack of integrity in karate has led WKF to encounter obvious problems in its qualitative advancements in many of the world countries and relying on the results of conventional rankings only allows 11 to 13 countries to have a chance of participating in the Olympics Games. To qualify more athletes from other countries, the WKF has to design complex rankings or referee arrangements in tournaments that are essentially incompatible with fair sports rules which, of course, adds tension to the environment of karate tournaments.