JAPAN’S DISAPPROVAL OF KARATE IN THE WORLD BEACH GAMES 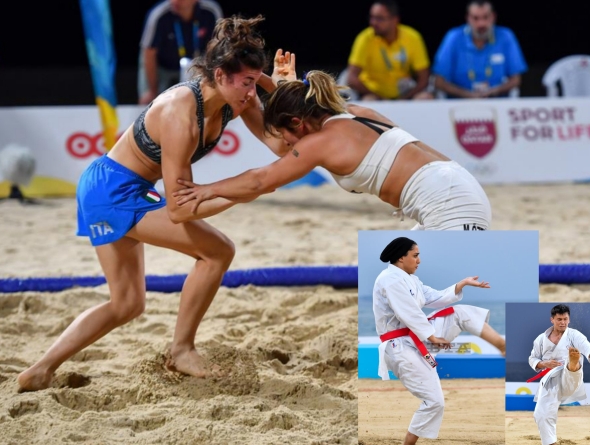 The World Karate Federation experienced its debut presence in the World Beach Games held in Doha, Qatar. This was while the Japan Karate Federation (JKF) in objection to WKF’s participation in such tournaments that are not in line with the spirit and nature of karate, refrained from attending the Doha games.
Organized by the Association of National Olympic Committees (ANOC), the world beach games 2019 was held in Qatar for five days from October 11 to 16 and athletes from 13 sports fields participated. Karate was also present in individual kata in the games. The karateka’s uniforms in Doha were essentially different from the outfits of other participants in the beach games especially the wrestling athletes.

The beach games are designed and held in accordance with the climate of coastal countries and the culture and attire of the beach residents whereas karate athletes attended the Doha games with different criteria than others.