Home > Interviews > SINCE WHEN IRANIANS WERE FORBIDDEN TO COMPETE WITH ISRAELIS?

SINCE WHEN IRANIANS WERE FORBIDDEN TO COMPETE WITH ISRAELIS? 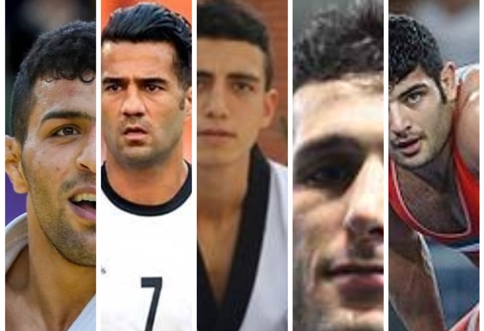 Saeed Mollaei the Iranian judoka who left Iran in protest to his country’s policies regarding the ban on competing with Israeli athletes, earned a spot in 2020 Tokyo Olympics. Meanwhile, IJF has suspended membership of the Iranian Judo Federation in IJF. This is the first time that an Olympic federation suspends an Iranian sports federation.

The systematic pressure by the Iranian National Olympic Committee and its affiliated federations to prevent Iranian athletes from competing with the Israelis is not new but since when it was decided that Iranians do not compete with Israelis and why IOC has never addressed this issue? Why, prior to the coming to power of the Islamic Republic, Iranian and Israeli athletes competed with each other? After the Islamic revolution, Bijan Seifi Khani the Iranian wrestler defeated his Israeli counterpart in Ukraine’s 1982 World Wrestling Championship. When that news reached Tehran, Ali Akbar Velayati, the then Minister of Foreign Affairs issued an order for the return of the Iranian National Wrestling team. Since then, no Iranian athlete has been permitted to compete against any Israeli counterpart.

In 2000, Mehrdad Minavand the Iranian footballer and member of the Austrian Esturm Graz F.C., played with the team against Israel. Football Federation IRI confronted him for his presence in the game and later he refrained from travelling to Israel with the team for the return match.

After the 2008 Beijing Summer Olympics, Mohammad Reza Minookadeh, also the head of Iran’s judo referee committee was discharged from all his refereeing positions because of judging a judo match between a Russian and an Israeli contestant that resulted in the winning of the Israeli judoka. In addition, Arash Mir Ismaili in the Athens Olympics, Amir Ghaseminejad in the Tbilisi Judo Grand Prix and Alireza Khojasteh in Rio Olympics were also among Iranian judokas who were either forced to lose or pull out of the competitions in order to avoid matches against their Israeli counterparts in the next rounds.

In December 2009, an employee of Football Federation IRI, sent new year greetings to various football federations around the world including Israel. The spokesman for Israel Football Association responded to his Iranian counterpart with new year greetings to the Iranian people. After that, Mohammad Mansour Azimzadeh, the PR department employee of Football Federation IRI was forced to resign by National Olympic Committee of IRI.

In 2017 also, two Iranian footballers of Greece’s Panionios F.C., also played against the Israeli Maccabi in the European Football League. Ehsan Hajseifi through a statement was compelled to apologize in order to remain in Iran national football team but Masoud Shojaei, the team’s captain was dismissed due to refraining from apology.

The World Taekwondo together with wrestling, football, ping pong, chess and fencing federations are among those who have remained neutral against such issues. In taekwondo, Gholam Hussein Zolghadr and Mohammad Khamseh, in wrestling, Alireza Karimi, Erfan Ayeeni, Mehdi Hashemi and Peyman Yar Ahmadi were among athletes who had to observe the restraining policies of the Iranian National Olympic Committee against Israeli athletes.