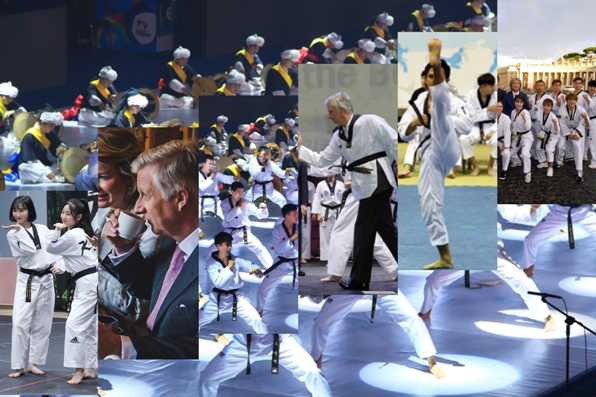 Accompanied by Belgian Government officials, he spectated a taekwondo performance, after which he wore a taekwondo outfit and broke a pine board in celebration of his visit to Kukkiwon.
The acting head of Kukkiwon, Kim Young-tae presented King Philippe with an honorary taekwondo certificate and asked for continued cooperation between the two countries in expanding the sport.

There are many people training in taekwondo not only in Korea, but also in Belgium,” King Philippe said.

“My son is in Belgium, but he will be very jealous to learn that I have received a certificate of honour in Kukkiwon.”

Three athletes from Belgium took part in Taekwondo at the 2016 Summer Olympics but won no medals. Belgian athletes also failed to win any medals at the 2017 World Taekwondo Championships in Muju, South Korea.