Home > Articles > WHY HAS KARATE PULLED AWAY BEFORE THE OLYMPICS 2020 EVEN BEGUN?

WHY HAS KARATE PULLED AWAY BEFORE THE OLYMPICS 2020 EVEN BEGUN? 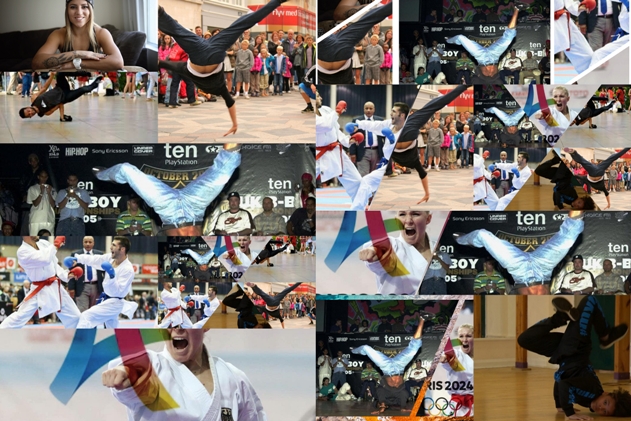 In 2016, the International Olympic Committe (IOC) approved the World Karate Federation (WKF) to host both kata and kumite events during the Tokyo 2020 Olympic Games, thus allowing WKF athletes from around the world to compete. This was brilliant news for WKF athletes everywhere. The consent was due to Sassagawa making a convincing case to the Tokyo 2020 event organisers, following three previous failed attempts by the WKF, to integrate karate into the Olympics.

On the 18th September 2015 the Japanese sports authorities submitted their shortlist of five proposed sports to the IOC. The shortlist included: Karate, Surfing, Skateboarding, Sport Climbing and Baseball-Softball. There was an equal expectation that WKF would be integrated into the Paris 2024 Olympic Games. Regrettably, however, WKF president Antonio Espinos wrote a premature email stating that karate would not be featured in the 2024 Summer Olympics. The news shocked everyone under the WKF umbrella.

This article examines the reasons why the WKF suffered successive defeats in regards to being approved for the Olympic Games. In order to do so comprehensively, one must first understand the aims and values that the Olympic Games advocates.

The main aim of Olympism is to blend sport with culture and education, and engender respect for universal fundamental ethical principles. These principles which lie at the heart of Olympism include non-discrimination, democracy (i.e. right of election free from any external influence), and good governance. According to these principles, the practice of sports is a human right: every individual must have the possibility of practicing sports, without any form of discrimination. Moreover, sports must be practiced in a spirit of friendship, which requires mutual understanding, solidarity and fair play.

If the WKF wishes to be approved by the IOC, its organisational structure must be adapted to the principles of Olympism.

Most national federations which are affiliated with WKF, with the exception of those based in Italy, Singapore, Iran, Greece and China (who actively contested the WKF statutes in 2014), were unaware that they were voting for the statutes, which were hindering their activities on both national and international levels.

Articles 6.3 and 8.2 of the WKF statutes violate the sprit of friendship emphasised by Olympism, in that they forbid cooperation with non-WKF organisations. Since the IOC has given consent for the WKF to take part in the 2020 Summer Olympics, this, some have argued, implies discrimination between federations and organisations. And has caused division in the karate community. In particular, two opposing groups are the non-Olympic karate and WKF-affiliated members.

Many analysts blame the IOC for exclusively approving WKF, suggesting that WKF would be given an excessive amount of influence and power. They believe that the IOC must start changing its policies and reforming the sport federations. Indeed, evidence shows that the IOC has recently opened investigations on the Amateur International Boxing Association (AIBA) and International Weightlifting Federation (IWF) for mismanagement and potential corruption.

One of the fundamental principles of Olympism is ensuring that all elections are held free from any external influence. Also that good governance is exercised.

Meritocracy, democracy and transparency are three central elements which contribute to the development of sport. Presidents of sports federations should promote the sense of responsibility nationally and internationally within their federations and, during elections, respect the anonymity of those who vote.

However in the course of Sepp Blatter’s presidency at Fifa, elections took a rather different turn and everyone knew of the corruption that ensued within Fifa. Regrettably, this was not an exception; it’s been observed at WKF congresses that WKF and European Karate Federation (EKF) president Antonio Espinos has remained unchallenged, ever since he took power in 1996.

Several National Olympic Committees have reported serious allegations to the IOC’s headquarters in Switzerland regarding Espinos, who is suspected of involvement in the elimination of affiliated national federations in countries such as Ireland, Philippine, Poland, India and Russia.

According to article 5.6 in the WKF statutes (recently approved in the Madrid congress), the right of recognition, suspension or recognised withdrawal of national federations or associations rests with the executive committee of WKF.

This is precisely what challenged the right to vote in national federations which are not aligned with Olympism. In turn, this is a barrier for improving meritocracy, democracy and transparency within the WKF family.

The number of spectators and the transparency of management play an important role in attracting sponsors.
.
Unfortunately there are no records of ticket sales for WKF events nor is there a televised record. It seems likely that most of the seats in stadiums are occupied by athletes after they have finished performing and left the tatamis.

According to expert analyses, both Kyukushin and Shotokan karate events in Japan are attracting bigger audiences to the stadiums. Simplified (full-contact) rules have made those tournaments more exciting and memorable than tournaments held under WKF rules. Consequently, the inability of the WKF technical committee to invent an attractive competition model has made it difficult for WKF to attract bigger sponsors, necessary in order to be approved by the IOC.

Let us not forget that the WKF is the only IOC recognised governing body in karate worldwide, that has been funded by National Olympic committees, so significant sums of money have been invested in hiring appropriate venues and helping affiliated members to participate in WKF championships.