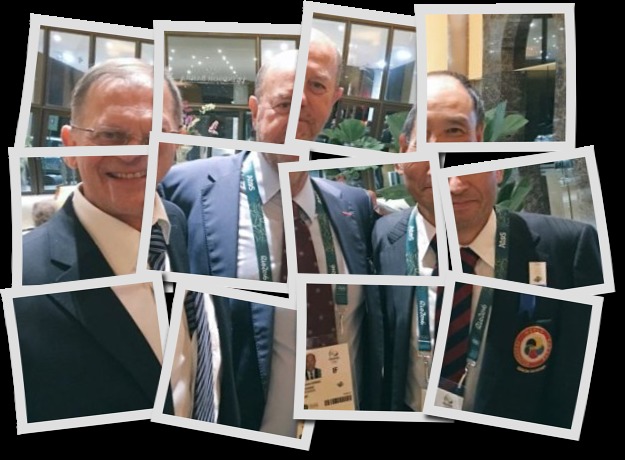 The French Karate Federation (FFKDA) and its president, the highly controversial Francis Didier, is the subject of an investigation launched by the French Ministry of Sports, as the government seeks to shed light on alleged abuses of power and embezzlement.

Alerted by several reports on alleged abuses of power and malpractice in the Karate Federation, the Ministry of Sports has just launched an “extraordinary” investigation into the federation. This investigation, which AFP has learned from the Secretary of State for Sports Thierry Braillard, is motivated by “several credible reports”, according to the latter, contrary to random inspections which can be conducted without prior reporting.

Some of these alleged acts have also been the subject of complaints in Nanterre for breach of confidence, filed by former leaders or employees of the Federation against Francis Didier, who has been the president of the FFKDA since 2001. This has led to the opening of the investigation.

The FFKDA is alleged to owe €190,000 to the Urssaf and €134,000 to the tax authorities, yet Didier remains unmoved, saying “I believe that the attacks against me as President of the FFKDA are unfounded, even defamatory”. The president is also accused by two former employees of conducting a “witch hunt” within the FFKDA.

With 253,000 licensees of a sport soon to be given Olympic status, Olympic, the FFKDA is generall considered to be a Federation that “well structured” by both current and former leaders. But the actions of Didier were highlighted by French tax authorities and Urssaf in 2014 and 2015.

Francis Didier was personally subjected to a €70,000 penalty by the tax authorities for failing to declare his benefits for several years, notably a Paris apartment of five rooms, rented for around €2,500 euros a month, to the names and expenses of the Federation for “exclusive use of its president”, according to the lease obtained by AFP. This benefit was not voted on by the Steering Committee or the Federal General Assembly. This is one of the three complaints under consideration.

According to Didier, who was questioned by AFP, the practices incriminated by Urssaf and the tax authorities have ceased. Always housed in a five-room apartment paid for by the FFKDA, its president says, payroll in support, be deducted €700 as a benefit in addition to the €1,700 monthly rent. He adds that he owns “a personal car”, specifying that it is one of the three vehicles of the Federation, which pays all the expenses.

However, Francis Didier has been accused of illegal activities on several other occasions, notably in September 2010 for illegal taking money from the benefits of the ice cream company belonging to his wife, with whom had contracted the FFKDA.

In 2014, the federal treasurer Michel Gaubard wrote an open letter to the members of the federation in which he denounced “a strengthening of the powers of the president accompanied by a remuneration that is more and more important. If we include benefits including: apartments, cars, non-federal meals, permanent guests, etc., we are paying well over €6,000 a month,” he argued.

Many of the technical executives left the Federation. “The budgets devolved to the high level (coming from subsidies) are burdened by the travels and accommodation of the elected representatives,” said one of them, who wishes to remain anonymous.

Francis Didier who is also a senior member of WKF executive board categorically refutes these criticisms, of which he argues “they belong to old facts and have just been defeated in the elections” or those who have been “forced to resign because of serious mismanagement”.