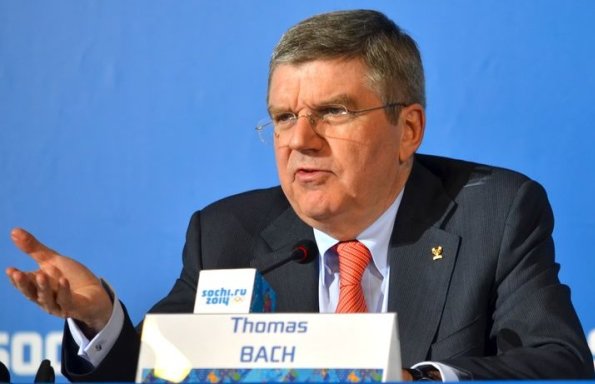 Deidra Dionne is a former Olympic medalist, winning bronze for Canada in the women’s freestyle aerial ski in the 2002 Salt Lake Winter Olympics. She also recovered from a severe neck injury to compete at the 2006 Turin games, and has since gone on to be the vice-chair of the Athletes’ Commission of the Canadian Olympic Committee (COC). She has written an open letter to IOC President Thomas Bach, accusing him and the IOC of failing to protect athletes, ignoring the values of the Games, and working primarily for profit.

From one retired Olympian to another, I assume you share my love of the Olympic Games. I imagine, like me, your obsession started early. Likely you were captivated, like I was, by the unity inspired by the five rings. The collective celebration of striving for greatness and the sportsmanship shown in defeat.

My first memory of the Games is from the Winter Olympics in Calgary, but my Olympic dream was solidified after intensely watching the 1992 Games in both Barcelona and Albertville. I was a 10-year-old skier with aspirations of competing on the world’s greatest stage. I dreamt of wearing the Canadian maple leaf and representing my country to the best of my athletic ability. I assume you can relate. Your dream likely started similarly, watching an Olympic Games and dreaming of the impossible.

We’ve never met but I bet we would agree – I bet you feel as grateful as I do to call myself an Olympian, to have stood on the podium and brought home to my country an Olympic medal. So when I say I’m worried about the Olympic movement and the state of the Olympic Games, I hope you also share my worries. Bluntly, Thomas, the Olympic model is broken.

Choose your poison – doping, lack of fiscal responsibility, corruption (to name a few) – the Olympic movement is increasingly becoming tarnished and the world is getting wise to it. You, as head of the International Olympic Committee, are supposed to be leading the sport community to ensure the future of the Games lives for generation of kids like us. Kids who want to dream big and strive to be great. Kids who can grow up knowing it isn’t just competing at the Olympics or winning an Olympic medal that defines the journey but instead, the pursuit of always striving to be better.

Yet your actions have been speaking louder than your words.

In your Olympic strategic roadmap, you promised to protect clean athletes. Yet when faced with a full state-sponsored doping scandal, you decided to pass the buck. Your own IOC athlete commission pleaded with you to take a stance and be a leader. The Olympic movement needed a voice of change, but instead, you chose the path of least resistance.

I fear you and your IOC colleagues are increasingly out of touch with the sport system and the world at large. I was aghast when your spokesperson recently described IOC members as volunteers, describing pay only as an allowance. You understand that a $900 per diem is not the norm, don’t you?

It is unacceptable for the leaders of sport to jet in to sporting events, command the most expensive seats and stay in lavish hotels, all in the name of sport and the Olympic movement. The athletes saved the IOC in Brazil but the Brazilian people will likely suffer the financial effects of hosting the Olympic Games for decades to come. The athletes graciously reminded the world what the Olympics should be about: passion, unity and greatness. If we’re counting, the athletes have been saving the Olympic movement from the IOC since Salt Lake City.

I care because I love the Olympics. I’m sure you do too; you wouldn’t be where you are today if you didn’t. But Thomas Bach the athlete deserved a good leader and so does this generation of Olympic athletes. A leader who is in touch with an athlete’s power to unite the world through sport and be aware of the canvas they need to effect significant change. A leader interested in fighting to make the Olympic movement better. They don’t need another talking head looking to protect his own political clout and aspirations.

I’m willing to give you a chance. I know you’ve only recently become the president, but to be honest, you’re off to a rough start. You built your rise to power with promises of sustainability and spending restraint. You’ve made a public acknowledgement that the Olympic bid process is out of control. You need to protect clean sport, reward bid cities with fiscally responsible Olympic plans and, finally, get rid of individuals like Patrick Hickey. I’m asking you to strive for better.

The athletes deserve it. The Olympic movement needs it.