Home > Articles > POPULARITY VERSUS POLITICS IN THE PLIGHT OF TAEKWONDO

POPULARITY VERSUS POLITICS IN THE PLIGHT OF TAEKWONDO 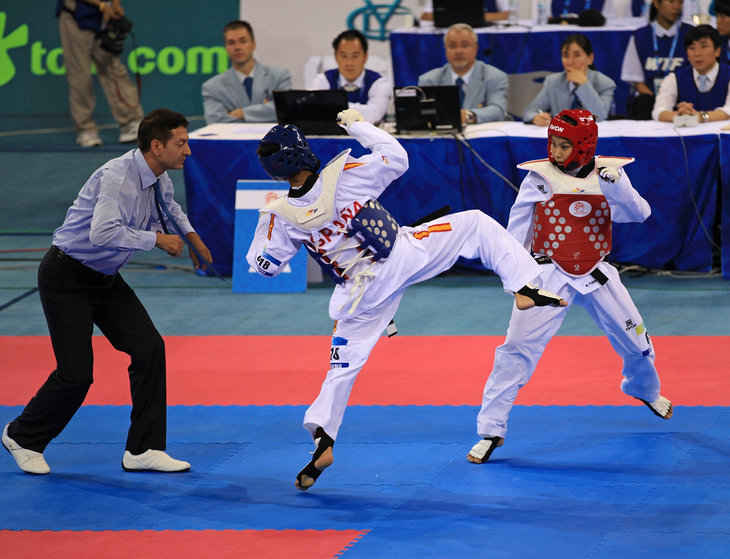 Taekwondo is an Olympic sport, one of the event’s 28 ‘core sports’ to be featured in every edition of the Games; the Taekwondo events at the 2012 Games were dubbed ‘the best Olympic Taekwondo competition yet’ by World Taekwondo Federation (WTF) secretary general Jean-Marie Ayer, suggesting a sport growing in mainstream popularity and public interest. Yet the reality is more complex, with the Telegraph reporting in 2013 that British adult participation levels dropped by 3,100 either side of the London Olympics, and allegations of corruption surrounding the status of Taekwondo as an Olympic sport in the first place.

In 2013, the International Olympic Committee (IOC) downgraded wrestling at an Executive Board Meeting, from a core sport to one that must apply for inclusion in future Games, along with Roller sports, Wushu, Baseball – Softball, Squash and Karate. While the sport’s low participation figures – merely a reported 459 adults in the UK before 2012 – may justify this decision, the reasons for continued inclusion of Taekwondo are less obvious. It was suggested 0.05% of British adults participated in Taekwondo in 2010, and the sport attracts far lower viewing figures than other martial arts, such as Judo.

Many observers suggested it was the presence of Juan Antonio Samaranch Salisachs (the son of former president of IOC), Spanish representative in the IOC since 2001, who pushed for the inclusion of Taekwondo at the loss of wrestling at the 2013 meeting. If this is the case, this is a clear example of personal influence overriding practical economic need – the IOC need to keep costs down – and ideological stance – the IOC claims to review the importance of each sport after each edition of the Games, to ensure popular, relevant sports are represented.

Taekwondo itself is looking to political actions to solve problems of instability in the sport. A 2014 memorandum between the WTF and International Taekwondo Federation (ITF) enabled WTF and ITF athletes to participate in each other’s events, which brought ITF athletes into the selection pool for Olympic events, which had consisted exclusively of WTF athletes; while this is undoubtedly a step forward for the sport and its participants, it is telling that Taekwondo has looked to generations-old problems of disunification and political infighting rather than attempt to make itself relevant by increasing participation levels.

As a result, it is unlikely that Taekwondo will remain a core sport for much longer without additional politicking, a situation that is both unfair on athletes whose representation at the Games is dependent on the actions of individuals, and excludes other sports which may generate larger audiences, and more money, for the IOC.