Home > News > IS THE JAPAN KARATE ASSOCIATION BREAKING UP AGAIN?

IS THE JAPAN KARATE ASSOCIATION BREAKING UP AGAIN? 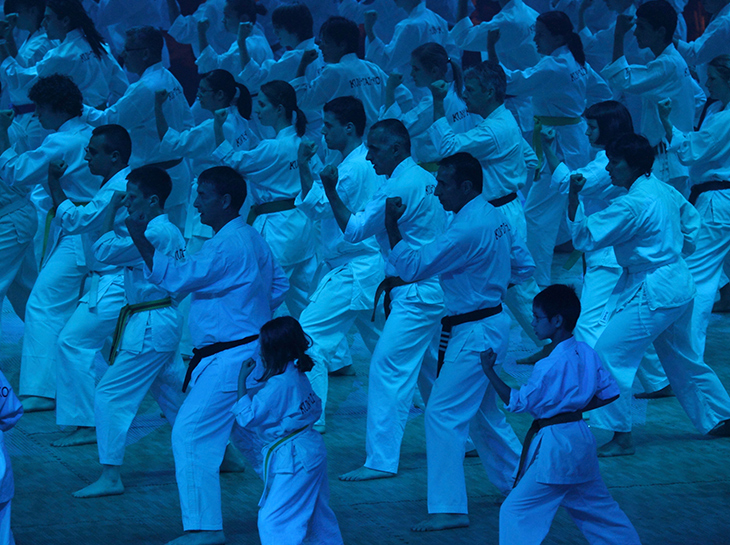 Founded in 1945 by Masatoshi Nakayama, the Japan Karate Association (JKA) is the oldest and most popular karate association in the world. As well as promoting and teaching karate, the organisation is the de facto representative of Japanese culture and society for many Europeans and Americans, with branches in both England and the United States. However, political squabbles within the group have threatened the idea of order and control that is at the heart of karate, undermining the group as the practises it teachers are no longer wholly in line with its own operations.

There have been several splits within the JKA in the past: instructor Shiro Asano left to establish the Shotokan Karate-do International Federation (SKIF) in 1977, and upon the death of its founder in 1987, Taiji Kase and Hiroshi Shirai, senior JKA Europe instructors, set up the World Karate-Do Shotokan Academy. The purpose of the discipline itself was called into question in 1990, when a dispute between Nakayama’s successor Tetsuhiko Asai and Keigo Abe over the rights to the JKA brand led the latter to leave the JKA and form the Japan Shotokan Karate Association. Abe complained that the association had become too focused with winning competitions, as opposed to teaching students the importance of regular training of the mind and body, with a view to helping society more broadly.

The latest rift within the JKA is a similar departure from the altruist roots of the disciple. Twelve senior JKA instructors have challenged the current leadership over antagonising relations with the Japan Karate-do Federation (JKF) after the JKA was expelled from the JKF. They have also complained about inconsistencies in dealing with European members, with some organisations being accepted into and removed from the JKA without the consultation of these instructors.

The group highlights three points at the end of its declaration:

We, Headquarter Instructors cannot overlook these problems. To do nothing is to approve of these wrongdoings. We do not want to betray the members’ trust.
We are instructors of not only techniques but also ethics of budoka, as a role model to other members in Japan and overseas. We are responsible for correcting the wrongdoings by the certain members of the management.
We hereby declare the foundation of Headquarter Instructor Association to correct the wrongdoing of the current management and change the current organization to allow for all members to take part in the future decision making process for a further development of JKA and karate-do.
It is clear that, despite the rhetoric of ‘trust’ and ‘ethics’, the group’s emphasis is on amending the current JKA political structure, implementing a top-down form of change rather than one that necessarily incorporates the values of karate. It is likely that, unless the JKA changes the way it deals with internal problems, the group will continue to fracture, as it becomes more politicised; without a renewed mutual understanding, powerful individuals and powerful groups are more likely to splinter to set up their own rules, rather than play by someone else’s.